The Global Outlook: Platinum Is In Serious Trouble

Indeed, this metal is very tricky. One moment it can be flying high, then it can take a swing hitting the bottom and again and again. This time around, Platinum is on its way down, falling like a hot knife through butter. Without any problems, it has lost $500, down from $1500.

Platinum has entered a very volatile area of long-term support between the $625 and $1045 marks. The lower band had been acting as strong resistance for the bulls for more than 20 years from 1982 and had been cracked only with the seventh (often this number of attempts is required to break the strong level) attempt.

The downside target is quite ambitious, but with Platinum's abrupt high amplitude moves, it all looks possible. And as one top trader said in Market Wizards, "A good trader should be able to imagine any level of a commodity if it has been projected from his plan." 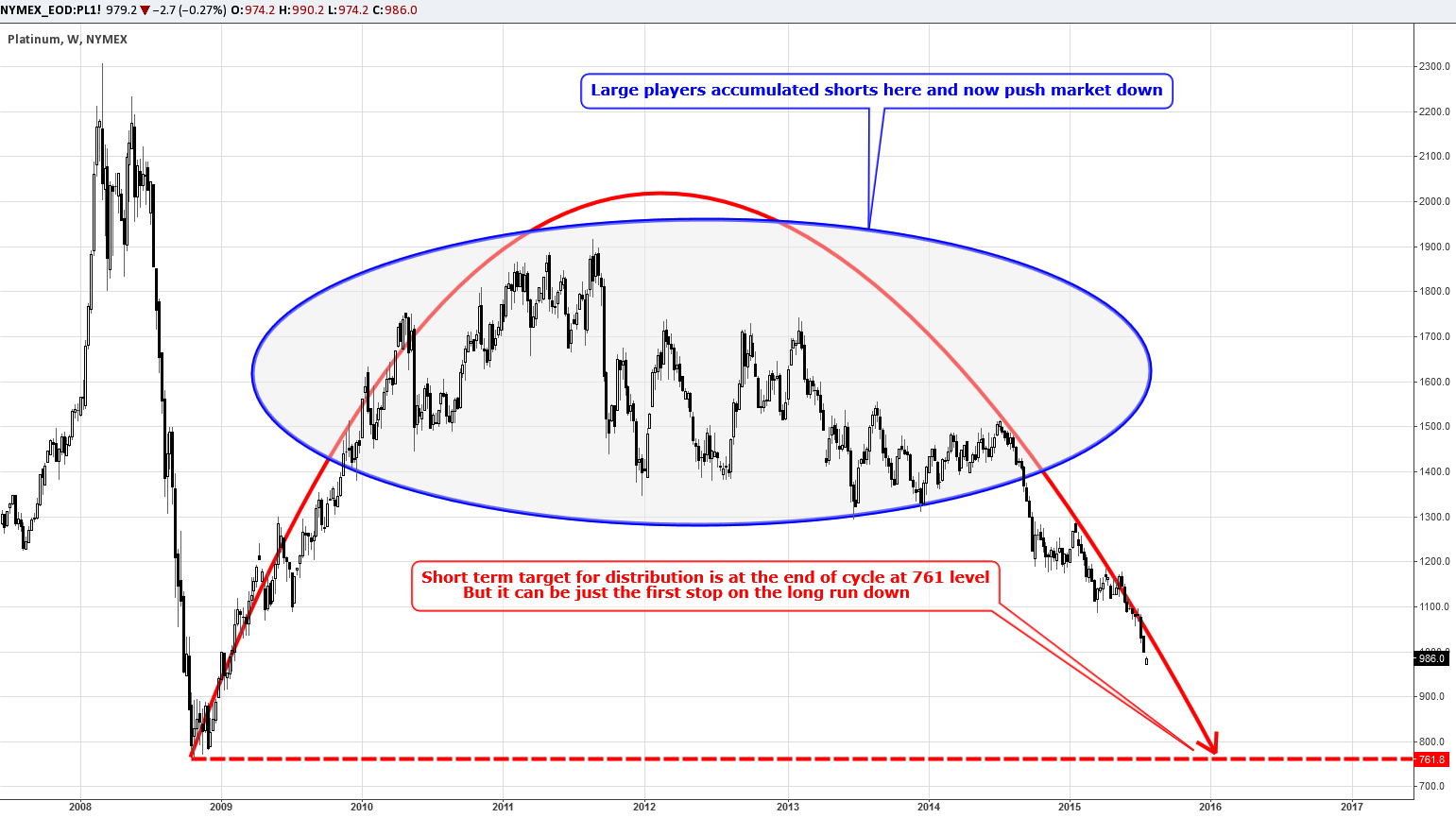 The weekly chart of Platinum looks like the graph of a year's temperature and we are entering the winter season. The temperature is falling back to the level at the start of the year. And so does the Platinum price, the rise from 2008 is now fading after touching the climax level at $1918.50.

In the middle of the cycle, large players had been accumulating their shorts controlling the price within a $500 range between $1900 and $1400 (highlighted in the blue oval), then they pushed the market down heavily for almost $500 to the current sub-$1000 area.

The target for this move is $761, the start of the cycle. But if you keep in mind the global outlook, it could just be the first big stop of the price's downward move.

Below the $90 level, traders will realize that the Bears are serious and can add to the shorts.

One thought on “Platinum Could Hit The Floor”