Hello MarketClub members everywhere. Crude oil prices have fallen after news of deadlock at the OPEC meeting in Vienna. OPEC is trying to work out and implement the framework for an output reduction deal that was agreed to in September. A sit-down with non-OPEC producers including Brazil and Russia also appeared to end fruitlessly. 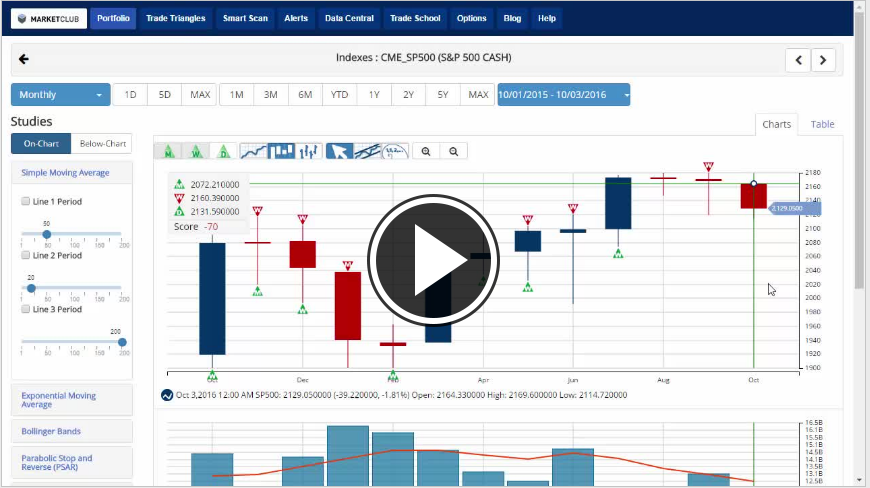 Stocks are little changed today, helped by positive economic data and investors reacting positively to a series of big mergers announced over the weekend and of, the presidential election. Along with the election, investors have two significant events on the economic calendar this week: a meeting of the Federal Reserve and the October jobs report. It’s almost certain that the Fed will not raise interest rates so close to the election and will wait until the December meeting to do so. However, any economic observations from the bank will be important to investors. The jobs report will be the last major piece of economic data out before the Nov. 8 election.