Hello MarketClub members everywhere. Stocks were sent for a wild ride today as traders weighed the impact of emails released by Donald Trump Jr. via Twitter.

The Dow initially fell 100 points on concerns that the Russia controversy that’s plagued President Trump’s presidency will worsen. However, the major averages recovered about half an hour later. The Nasdaq and Dow are now in the green while the S&P 500 remains in the red. 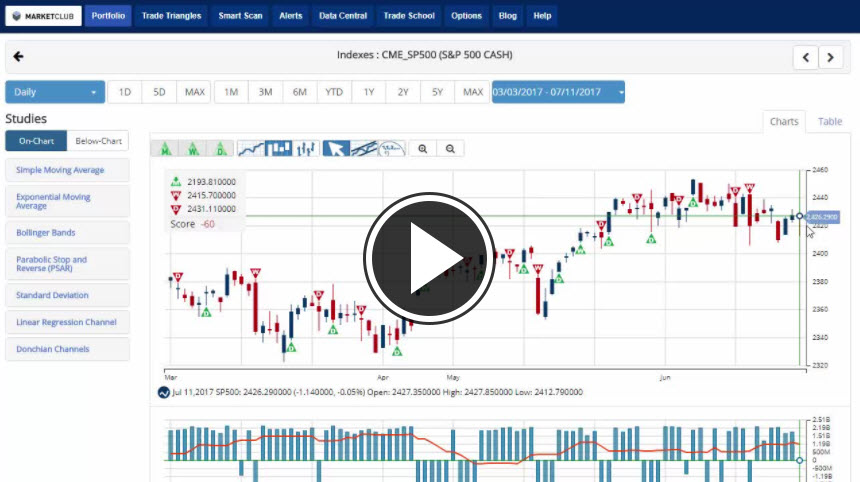