According to the Energy Information Administration (EIA), U.S. petroleum inventories (excluding SPR) fell by 14.2 million barrels in the week ending December 15, 2017. They stand about 2 million barrels (mmb) higher than the rising, rolling 5-year average and are about 96 mmb lower than a year ago. 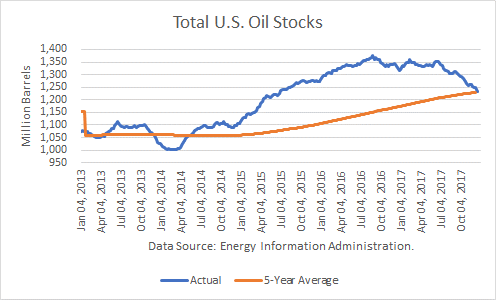 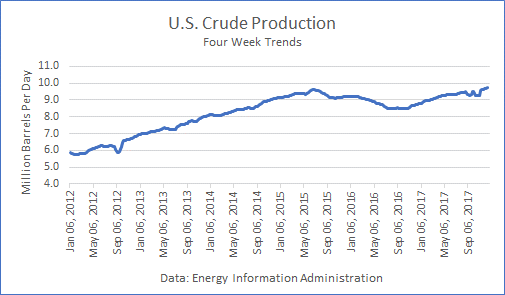 When the EIA announced a gain in U.S. crude production in September of 290,000 b/d over August, it surprised many market observers who believed shale oil production growth had been overstated in the weekly data. On December 15th, the state of North Dakota estimated that its production rose by 78,000 b/d in October, a gain of 7.0% from September. The new estimate, 1.185 million barrels per day, is just 36,000 b/d lower than the record set back in December 2014. 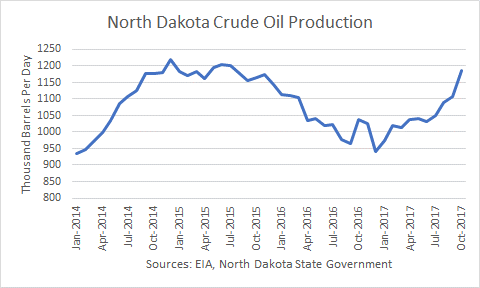 In his first days in office, President Trump had signed an Executive Order giving authority to accomplish the remaining steps to allow the Dakota Access Pipeline to be completed. It was finished in early June. The pipeline effectively reduced transportation costs by about $5/b on about 500,000 b/d. And so it has reduced the breakeven costs on that volume. Consequently, it follows that production should rise, and now there is tangible evidence that is the case.

Most recently, the DOE projected that shale oil production in the major producing basins will rise by 94,000 b/d in January to 6.41 million barrels per day (mmbd), setting a new record high.

The rise is nearly identical to the average monthly gain in 2017 and is comparable to gains estimated for November and December. 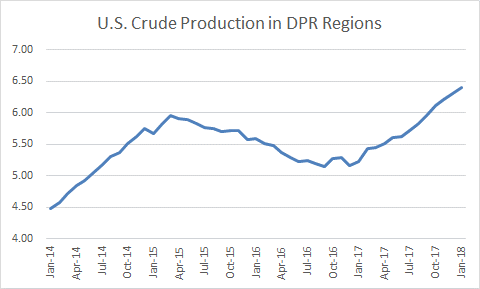 In addition, the DOE reported that the inventory of “Drilled But Uncompleted” wells (DUCs) reached a new record high in November of 7,354. 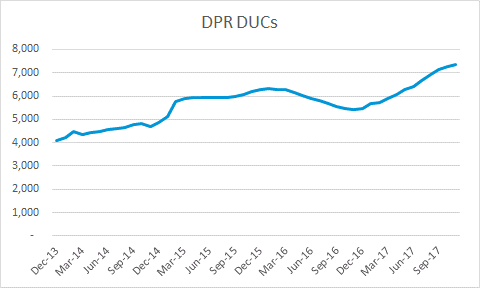 Well, completions totaled 1,086 in November, its highest level since April 2015. 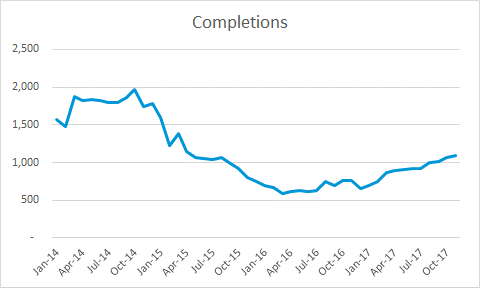 I have previously noted in an article how the “Other Supply,” primarily natural gas liquids and renewables, are integral to petroleum supply. The 4-week trend in “Other Supply” averaged 5.988 mmbd, up 7.5 % over the same weeks last year. In YTD, they are 4.3 % higher in 2017 v. 2016. 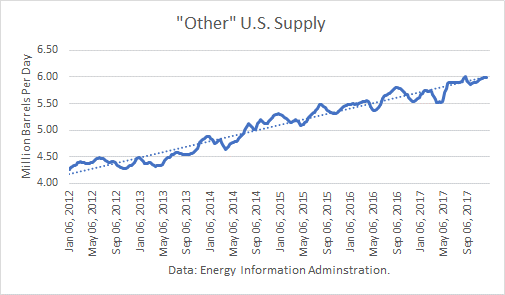 Crude production plus other supplies averaged 15.728 mmbd over the past four weeks, an all-time-high record. 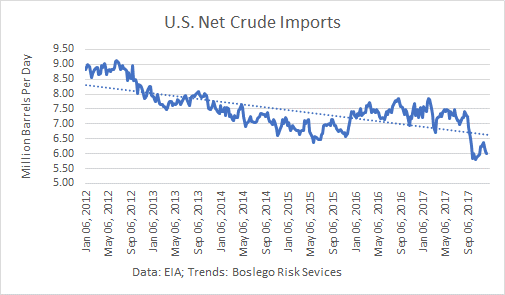 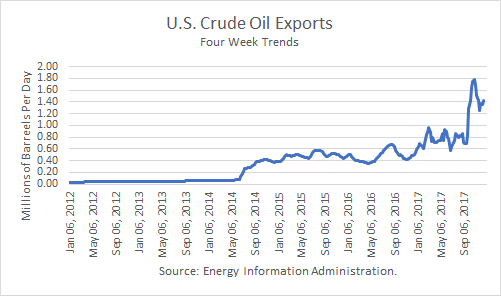 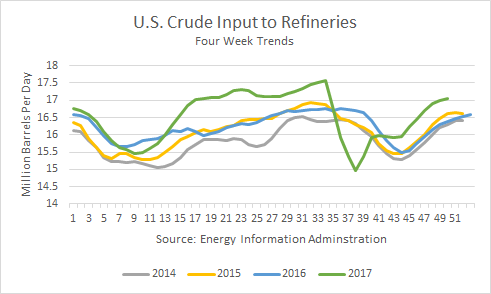 Over the past four weeks, crude oil demand exceeded supply by 877,000 b/d. 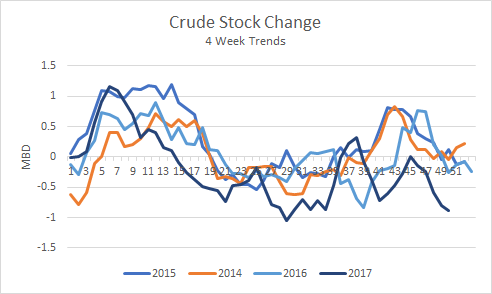 Commercial crude stocks are now 49.0 million barrels lower than a year ago. 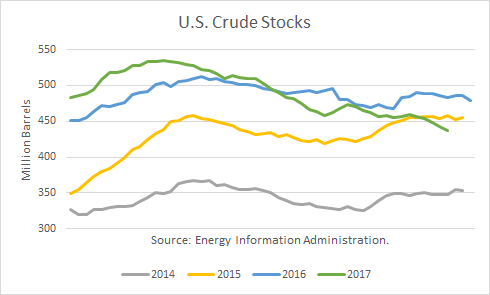 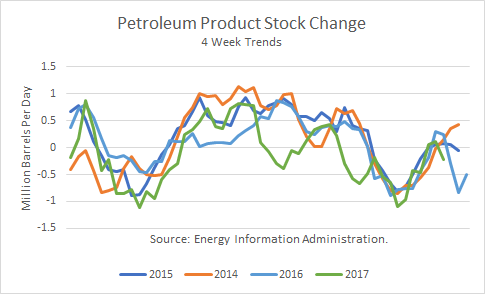 Total U.S. product stocks at 796 mmb are 47 million barrels lower than a year ago. 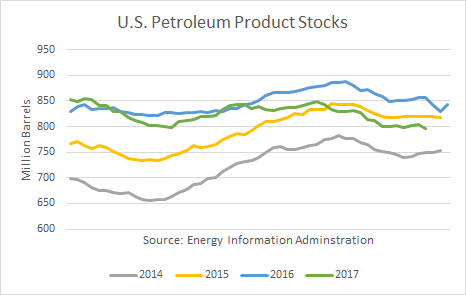 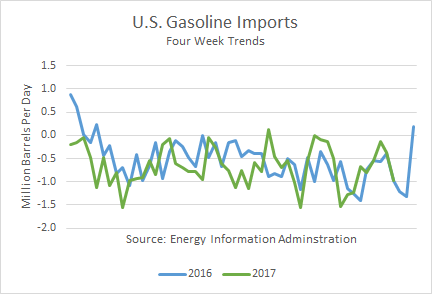 Net gasoline exports increased by 603,000 b/d to average 973,000 b/d over the past four weeks. Exports had been dropping-off but suddenly shot up. 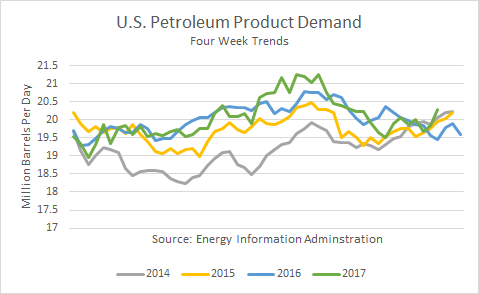 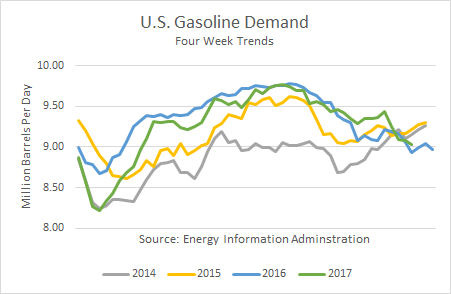 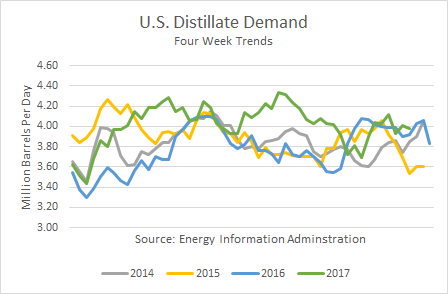 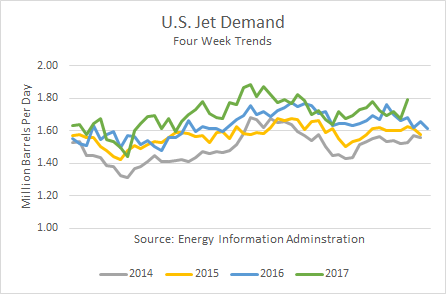 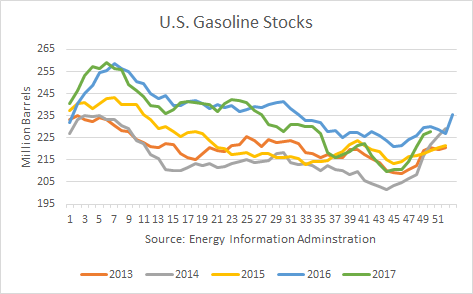 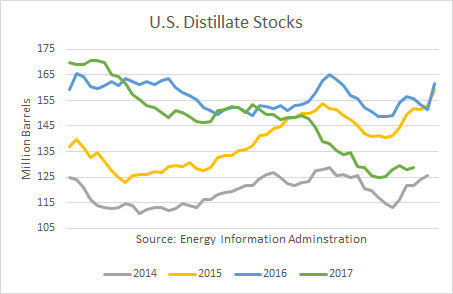 The production data points above add further weight to the thesis that supply gains will offset more of OPEC’s voluntary cuts in 2018, and that U.S. production growth has not slackened. They also show that U.S. crude oil and petroleum product stock draws have resulted largely from high crude and product exports. If exports drop due to lower global demand in the first quarter of 2018, U.S. inventories should build once again.

3 thoughts on “U.S. Production And Oil Inventories Expected to Rise in 1Q18”