Hello traders everywhere. For the first time this year, the S&P 500 posted its fifth straight weekly gain as traders shrugged off worries about the trade war between the U.S. and China. Strong corporate earnings have helped to push the index near its all-time of $2,872.87.

Berkshire Hathaway and Tyson Foods are helping to propel the S&P 500 higher after a weak opening. Berkshire Hathaway Inc (BRK.B) rose +3.7% after reporting a +67% surge in quarterly operating profit while Tyson Foods Inc. (TSN) gained +3.8% after the meat processor beat analysts' quarterly profit estimates due to strong demand for beef.

Of the 413 S&P 500 companies that have reported earnings so far, 79.2% have topped earnings estimates. That is well above the average of 72% for the past four quarters. 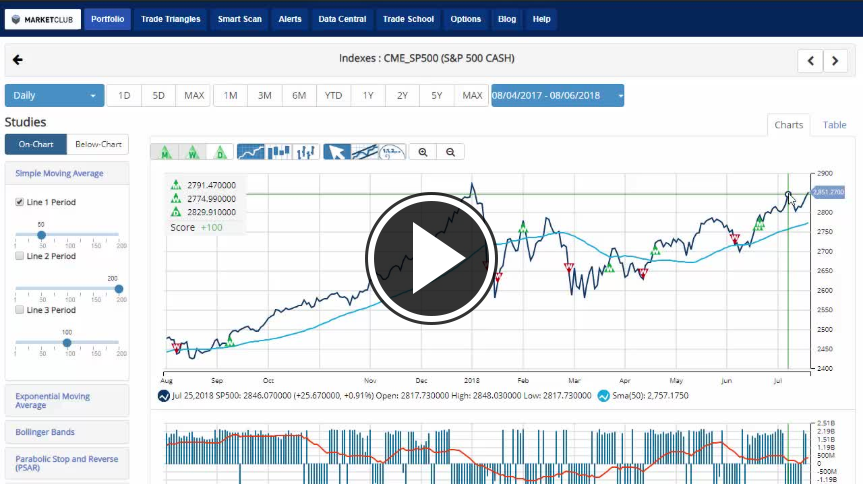 Facebook Inc. (FB) and PepsiCo Inc. (PEP) have led the NASDAQ into positive territory after opening lower on the day. Facebook gained +3.7% after the Wall Street Journal reported the company had asked large U.S. banks to share detailed financial information about their customers, as part of an effort to offer new services to users. PepsiCo rose +1.5% after the company said Ramon Laguarta, a company veteran with experience in international markets, would succeed Indra Nooyi as the chief executive officer.

Key Events Coming Up This Week