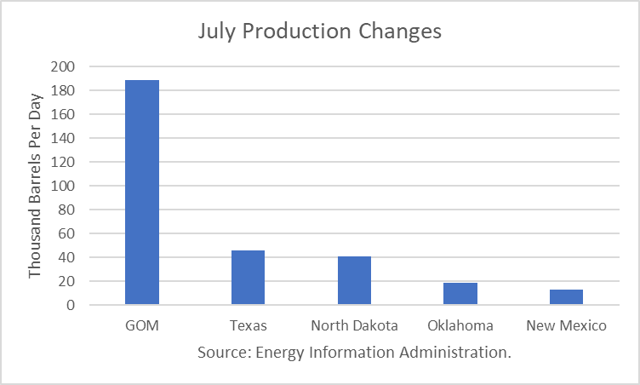 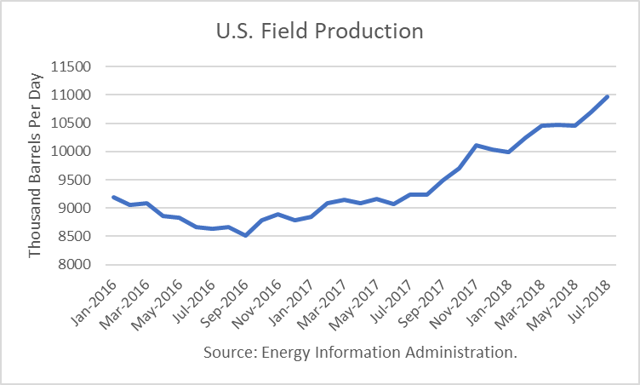 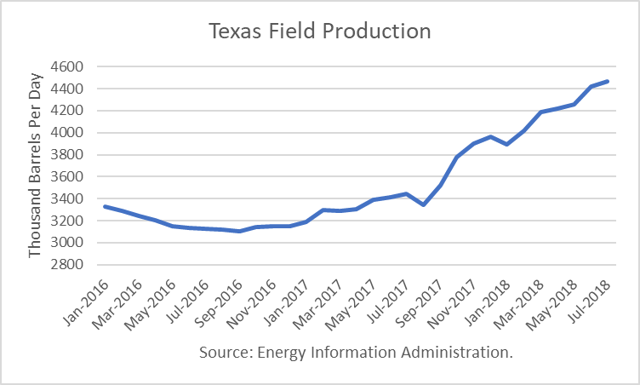 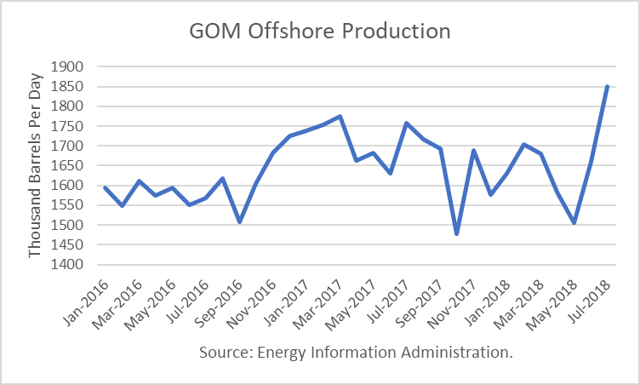 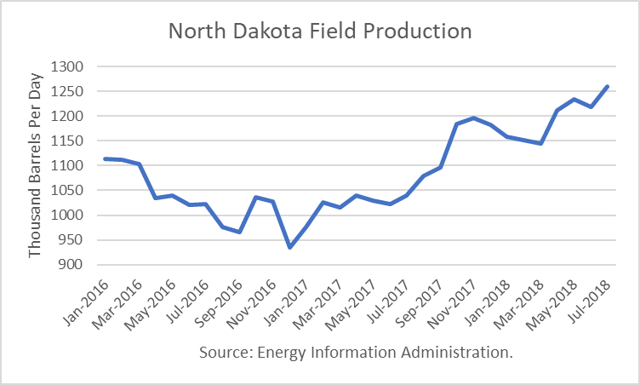 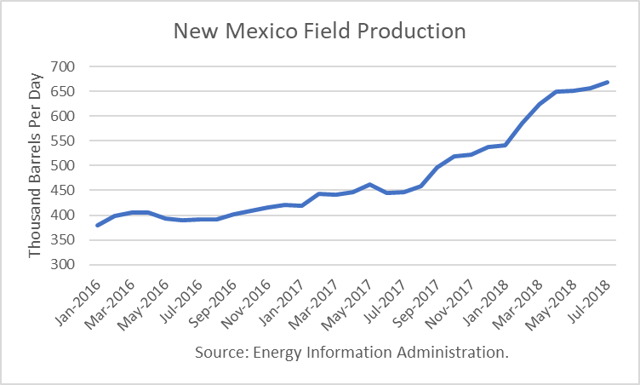 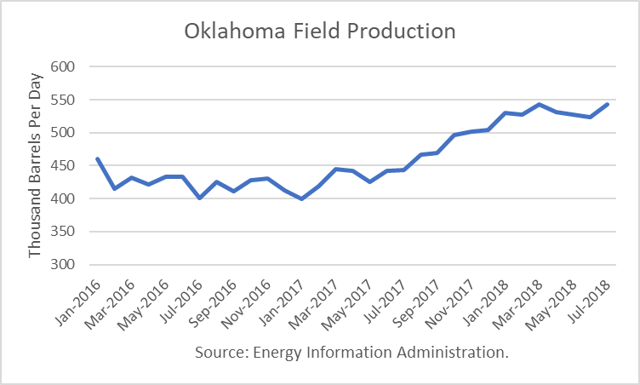 The EIA-914 Petroleum Supply Monthly (PSM) figure was 32,000 b/d higher than the weekly data reported by EIA in the Weekly Petroleum Supply Report (WPSR), averaged over the month, of 10.932 mmbd.

EIA has kept weekly production estimates essentially flat, as it apparently waited for the monthly survey numbers to catch-up, and now they have. 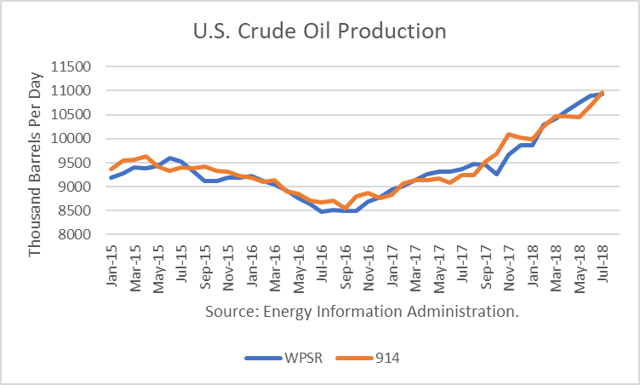 The July figure was a year-over-year gain of 1.734 mmbd. And the EIA Drilling Production Report estimates a 79,000 b/d gain for October. 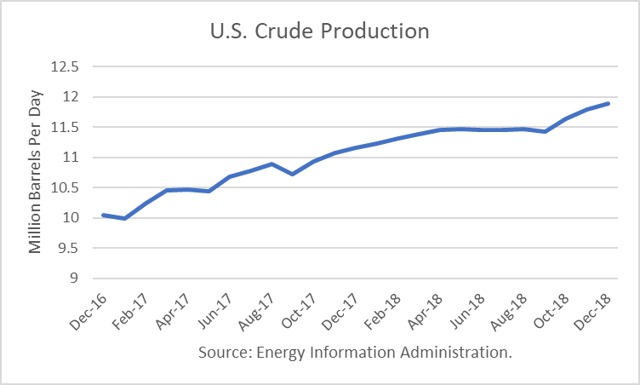 The biggest concern about realizing these forecasts is infrastructure constraints in the Permian Basin. I have examined that issue in greater detail in recent reports. I have found that relief is on the way later this year and into 2019. There may be an oversupply of pipe capacity by 2020.

The annual rise in U.S. production of crude contributes to the non-OPEC production gain of about 2.4 mmbd in 2019. World crude demand is expected to rise about 1.4 mmbd, and so there could be an oversupply in 2019, depending on the net change in OPEC production.

Saudi Arabia is expected to make up for Iran’s shortfall, and Venezuela may be able to stabilize production with the new $5 billion loan is secured from China. But the market will remain on edge until the new production changes are better known.