Latin America is in position to grow into one of the largest medical cannabis markets in the world.

According to The LATAM Cannabis Report™ from well-respected market research firm Prohibition Partners, medical cannabis sales in Latin America will explode to $8.5 billion in the next ten years, up from just $125 million in 2018.

The report suggests that Latin American growers could undercut the entire global cannabis market because of three key factors:

This potential low-cost alternative to cannabis cultivation in Canada and North America has the potential to transform Latin America into a global leader in cannabis exports.

Additional key details from the report:

Young cannabis companies operating in South America – and particularly in Colombia – are prepared to ride this explosive wave of growth.

Khiron Life Sciences (KHRN, KHRNF), is a Canadian-based cannabis company that is making big moves to cash in on the high-growth Latin America and Colombian cannabis markets.

Shares began trading on the Toronto Venture Stock Exchange in October of 2018 under the ticker symbol KHRN. I see average daily trading volume of a few million so this ticker is plenty liquid.

I also see a US-based ticker KHRNF. I see average daily trading volume of 320,000 so, once again, this ticker should be plenty liquid.

After Khiron became one of the first companies to land a medical cannabis license, they quickly invested millions to ramp production. Khiron currently has cultivation operations in Colombia, Chile, and Uruguay. Take a look at the image below from Khiron. 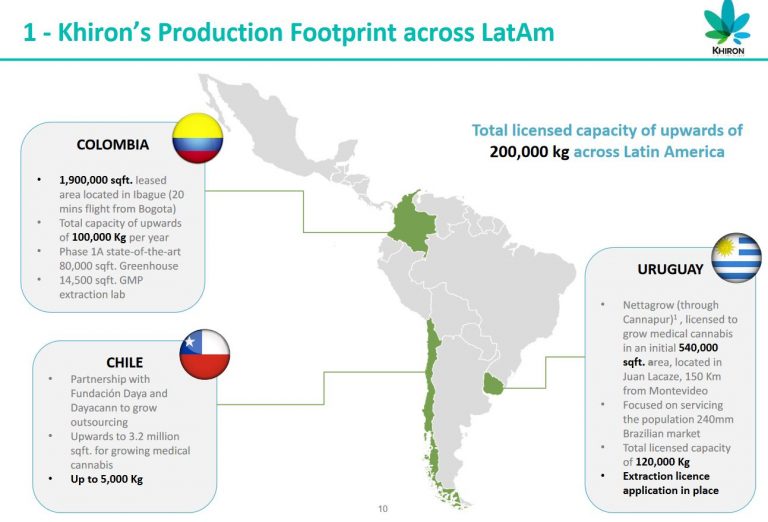 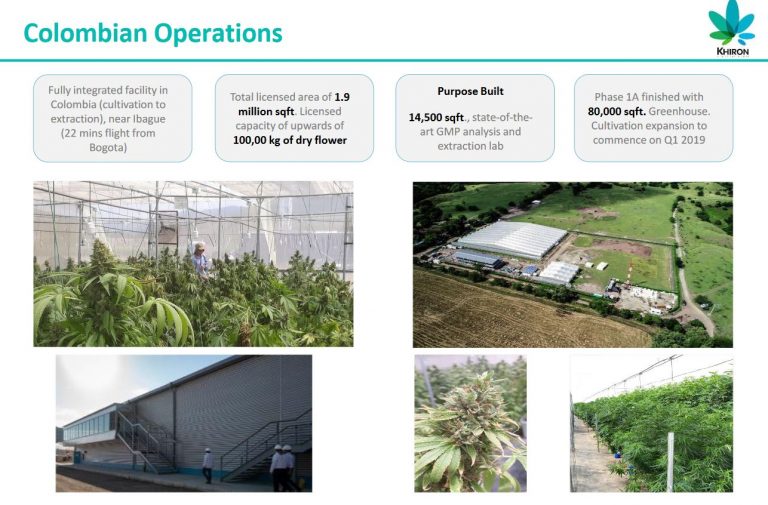 On January 30, Khiron announced an exclusive Latin American distribution deal with an early leader in the US cannabis edibles market. Here are some more details from the press release.

In September, Khiron announced a deal to enter the Chile market through a partnership with Fundacion Daya, Chile’s leading medical cannabis institution and the holder of Chile’s only medical cannabis license through DayaCann, a joint venture entity established between Fundacion Daya and AusCann Group Holdings Ltd.

Here are some more details from the press release.

Khiron Shares have Been Hot in 2019

Khiron has been rallying with the broad cannabis sector in 2019, up about 70%. Shares look overbought in the short run, but in the long run, I see plenty of growth potential.