CEOs have an insider’s view that is second to none. When they talk, it pays to listen closely. They drop clues that can be used to find great investments. That’s what happened last week with a rock star CEO in the cannabis industry.

Bruce Linton founded Canopy Growth Corp (CGC, WEED) in 2013. Back then, Canopy was only worth $100 million – but in the next six years, Linton grew Canopy into a $15 billion global juggernaut and the largest cannabis company in the world. That’s one of the fastest growth rates in the history of the stock market. It made early investors rich and Linton was widely considered the Pied Piper of the global cannabis industry.

If the cannabis industry had a rock star CEO – it was Bruce Linton. His insight and connections in the cannabis industry are unparalleled. That’s why it came as such a big surprise last week when Constellation Brands (STZ), which owns 38% of Canopy, fired Linton. After the news hit the wire, Linton quickly called into CNBC and dropped a hot investment tip about one of his favorite cannabis companies that cannabis investors need to know about.

Kevin O’Leary, the billionaire investor famous for his role on NBC’s Shark Tank, asked Linton if there were any cannabis companies he would consider investing in. Here’s what Linton said.

Yeah, that’s a good question. So, like, when I’m on the road marketing, I would tell everybody, ‘You should buy at least half of your portfolio with Canopy, and if you’re looking for a second one, what I like in the Canadian market because of how they run themselves is OrganiGram.’ I found them to be pretty solid. And if you’re trying to diversify, I like Rivers. Canopy Rivers is structured so that you actually have about 14 investments in one portfolio, but it’s done by people who know the sector. So, those would be my diversified portfolio choice and my individual.

Four Key Factors That Make Organigram Stand out from the Crowd

3. International Expansion into Germany and Serbia
Cannabis is a global market and Organigram has been wisely expanding its footprint into international opportunities. In September of 2018, Organigram announced a $3.83 million investment in Eviana, a European hemp producer based in Serbia. In October of 2018, Organigram announced a 25% stake in German medical cannabis supplier Alpha Cannabis Germany.

5. Organigram is Up 330% in the Last 24 Months
Organigram’s strength has not gone unnoticed by Wall Street. Investors have dumped hundreds of millions into shares, with Organigram gaining 330% in the last two years. That makes Organigram one of the top performing cannabis stocks in the entire sector. Looking forward, I expect more gains as revenue and earnings continue to expand. Take a look at the impressive run below. 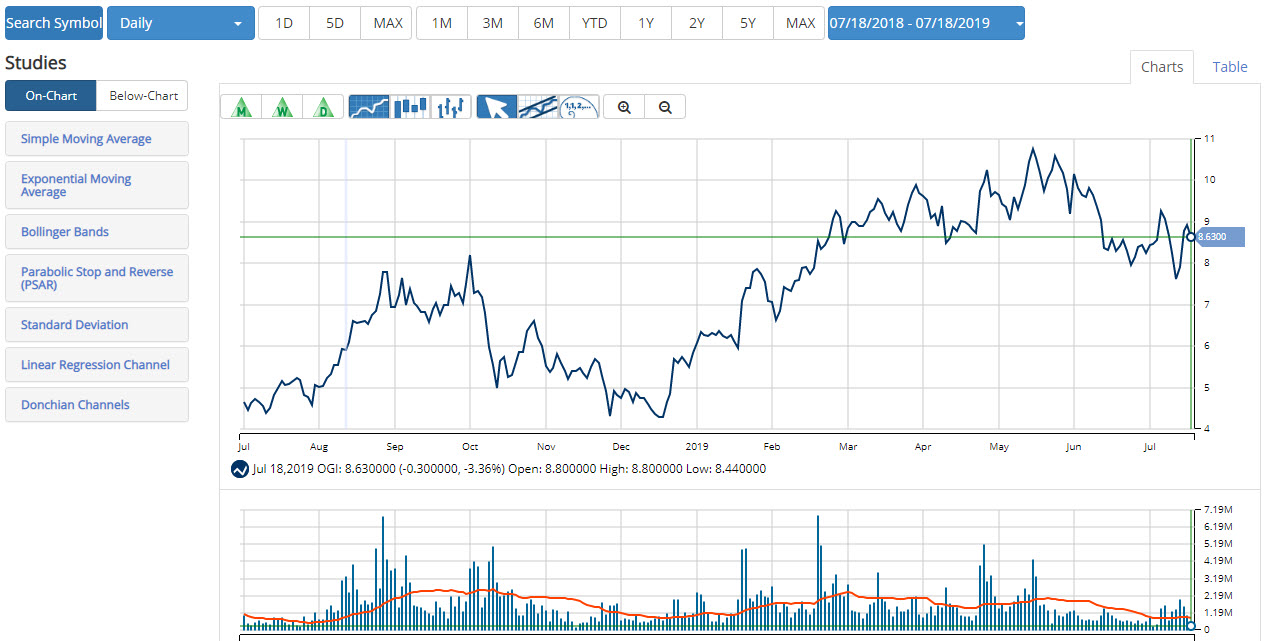 The Big Picture on Organigram Holdings

There are few people in the world with more insight into the cannabis sector than former Canopy CEO Bruce Linton. When he talks about the cannabis industry it pays to listen. Linton recently said Organigram is one of his favorite stocks. This is a stock that investors should keep an eye – I see plenty of growth ahead.

One thought on “Former Canopy CEO Loves This Stock”