Last summer I spotted a hot trading opportunity for you with 45% potential gain as Palladium futures were set to retest the all-time high. The progress was not as nimble as I thought; however, the target was reached this April as the price even overlapped it. Most of you supported that option, and I hope you enjoyed that gain.

It looks like this champion metal offers another stunning opportunity for traders.

The crawling move to the upside since 2016 with a rocket style ending in 2019-2020 was marked as AB part. The following combination of falling peaks and rising valleys had shaped a Triangular consolidation (purple). This stage was tricky to identify even for my trained eyes, as all corrections are unpredictable due to many options.

I found the clue after seeing how the drop from the new all-time high reversed ahead of the C point, and the price of palladium futures quickly erased the most of a loss. It means that we have the initial move to the upside and the first retracement within the CD part. We can build the buy setup then. The bullish trigger is at the breakup of the all-time high of $3,019. The invalidation is below the C point of $2264. The target for the CD part is $4,628 at an equal distance from the AB part. The potential gain is 53%. The Risk/Reward stands at a sound 1:4.

It is possible to calibrate this setup to improve the Risk/Reward ratio even more. First, watch if the price will make a minor correction, which should keep above the recent valley of $2,452. Then we could enter on the breakup of the most recent top preceding the expected retracement. Currently, the game is between $2,883 and $2,452.

Let us look at the table below to check the supply-demand situation with palladium. 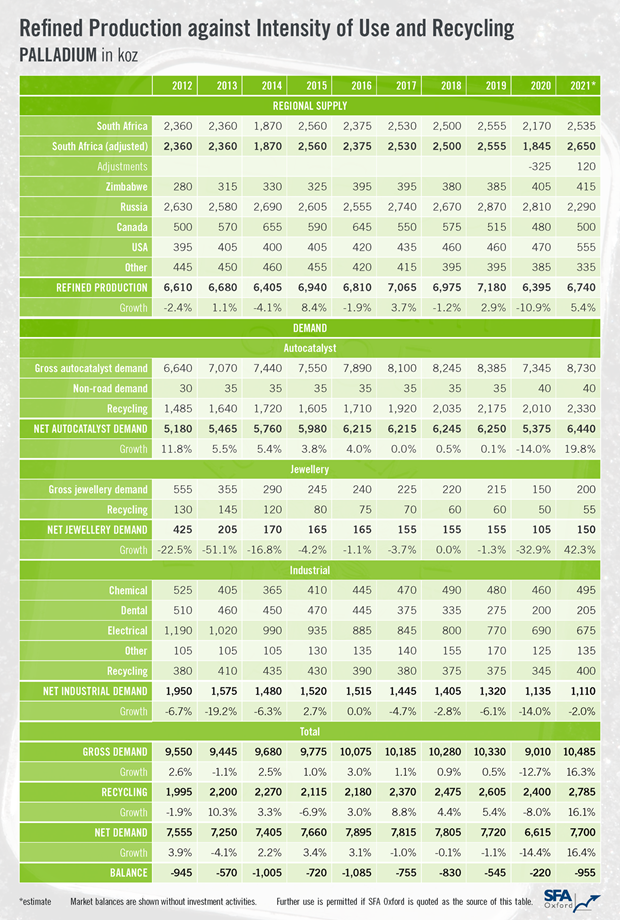 The projected deficit of the metal for this year stands at a multi-year maximum of 955 thousand ounces. This gap mainly comes from the strong growth of projected Net demand amid the comparatively stable production. The most buoying demand sectors are jewelry (+42%) and auto-catalyst (+20%). The latter reflects the optimistic forecast for the pandemics with the recovering automobile market and the tightening regulation on emissions.

The buy setup for the Apple (AAPL) played out well as planned as the price reached the final confirmation trigger at $145. The current price gain since the bullish trigger was activated, stands at +14% already. 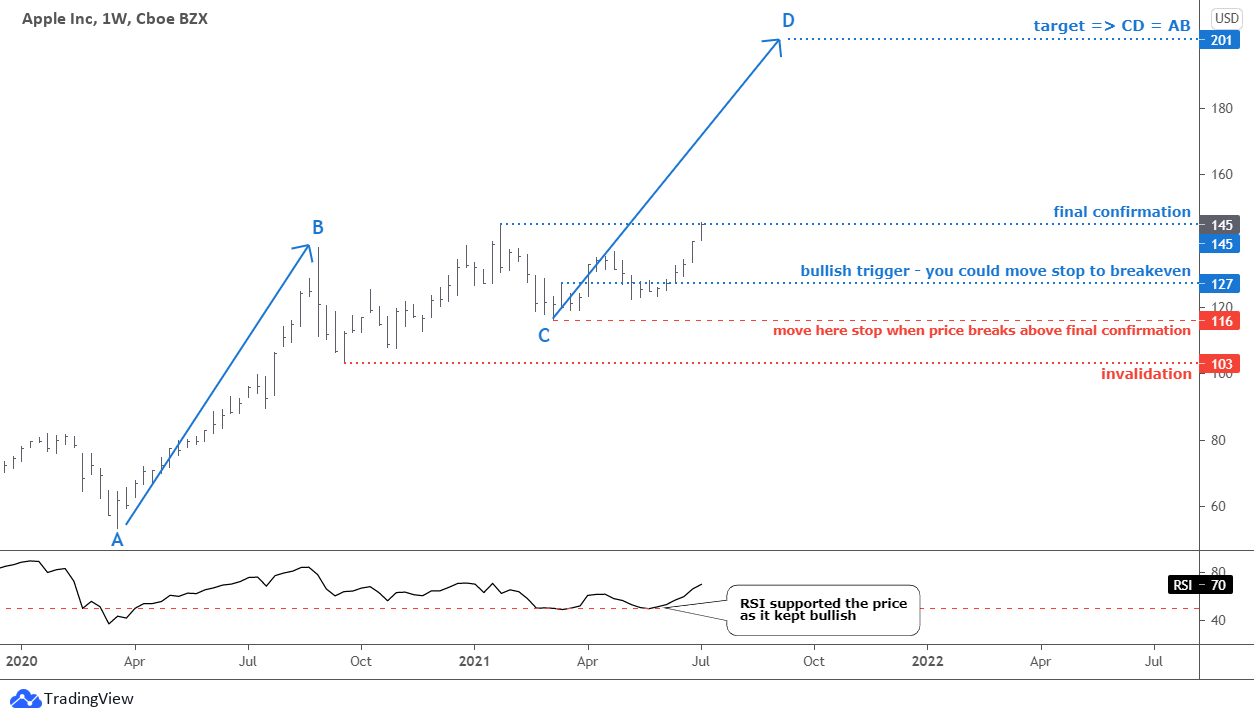 Now, you have several options for this trade. The most evident one is to do nothing and see what happens next. The natural risk aversion would push you to cover the trade and book the 14% current gain. Someone would choose to book the profit partially. There are two options to adjust the risk: the first one is the initial setup’s idea to move stop loss from invalidation ($103) to the C point ($116); the second one is to move the stop to breakeven (~$127) to reduce the risk of loss to the zero.