Last month I spotted a “Repeated Bullish pattern” of another Cup & Handle model.

The majority of readers confirmed that they see it either. Most of you supported my outlook of an extended Handle with another zigzag to the downside. This was the right guess. Let me show it to you in an updated chart below. 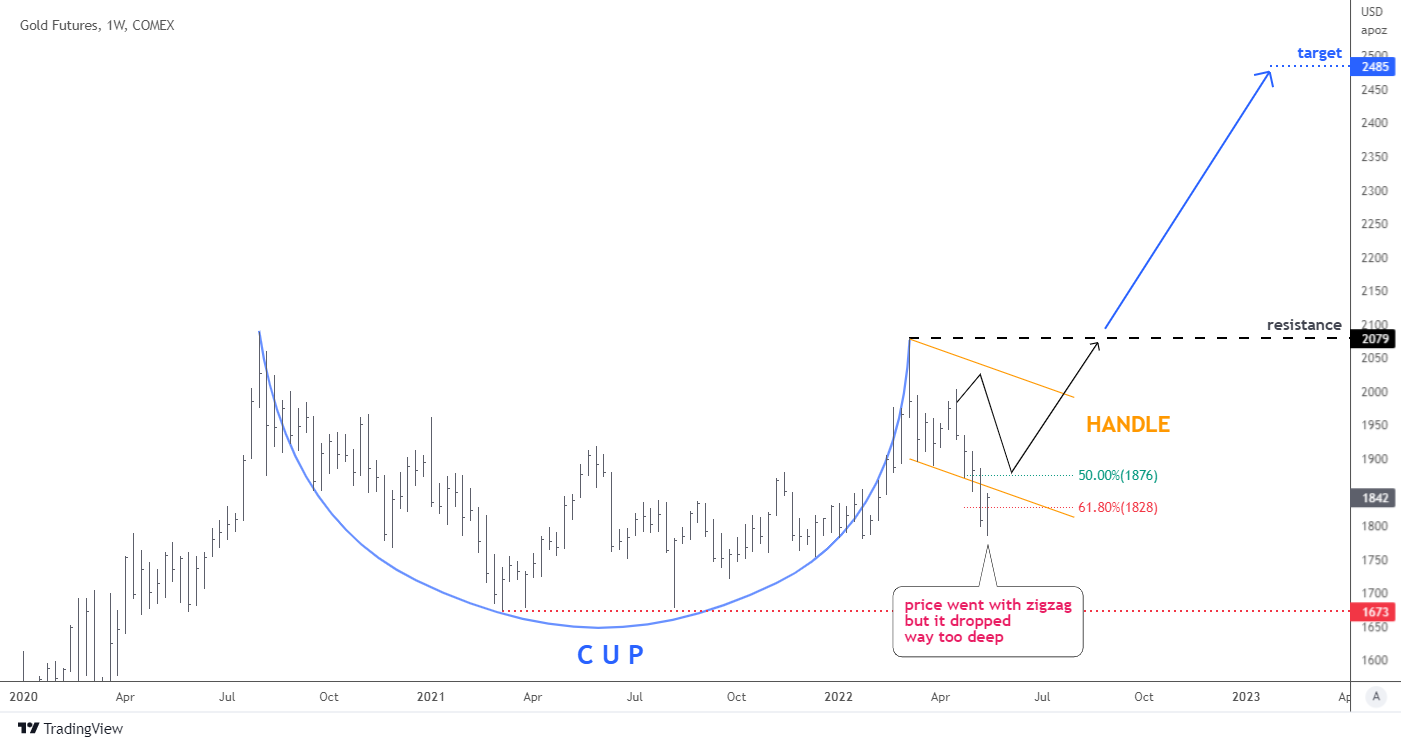 Indeed, the gold futures price followed the black zigzag on the chart to the downside. Hence, the outlook played out as planned. However, the depth of the drop was excessive as it hit below the expected valley of 50% Fibonacci retracement level and even 61.8%. The collapse stopped only close to four-fifths of the Cup. The classic approach would invalidate the pattern in this case.

The window of opportunity is still open for gold bulls as the current consolidation could change its shape from the Cup & Handle model to another well-known pattern. 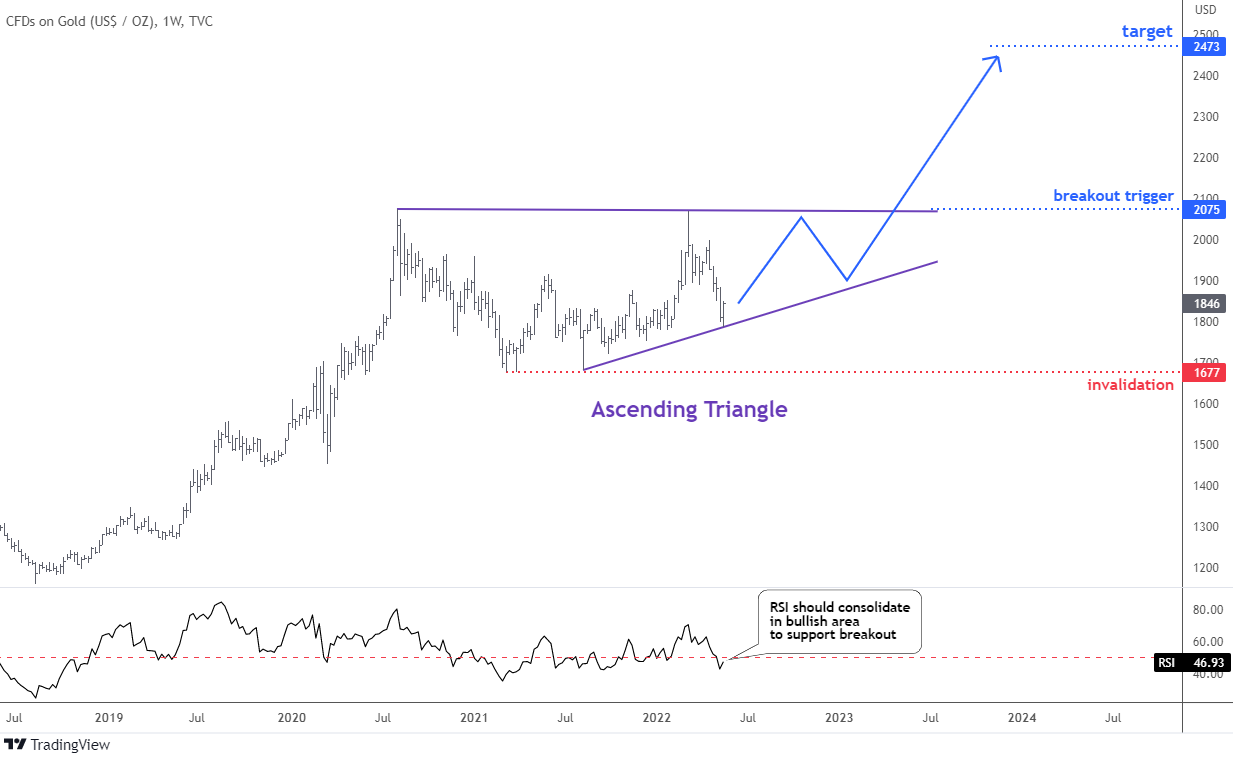 The combination of a flat topside and the rising valleys forms the Ascending Triangle pattern (purple). The recent bounce of the gold price marked the second touch point ($1,787) for the support line.

The price could make another zigzag up and down (blue) before heading to the breakup point. The latter is located at the all-time high of $2,075. The target is located at the maximum width of the pattern added to the trigger point and aims at $2,473. We could see the similarity with the earlier Cup & Handle pattern in terms of target and trigger.

The invalidation point is located in the valley of 2021 at $1,677. It will be moved higher once the projected zigzag is completed to limit the risk at a higher valley inside of the pattern.

The RSI flirts with the neutral line around 50, reflecting the current indecisiveness of the market. However, the indicator should consolidate in the bullish area to support the breakout.

I want to share another chart below as a reminder, which is quietly emerging in the background. One day, it could play out not in favor of gold. This could be the last window of opportunity for gold as the process has kicked off already, and it is projected to get even more impulse.

I already showed you the influence of the U.S. M2 money supply indicator (orange) on the gold price this January. The price of gold stopped right on the top of the M2 and could not break beyond it in the recent second attempt. Recently, the M2 has been relatively stable, as it has dropped only about thirty billion since the start of the year.

This time, I added the correlation indicator (orange) underneath to show you that the current positive link of the M2 is still very strong with the gold price at 0.84, which is almost absolute.

The correlation indicator (blue) shows the strong opposite correlation of the real interest rate at -0.62 with the gold price.

The Fed started the tightening and the question is only how far it could go. In my experiment with the interest rates this month, the relative calculations brought me to the double-digit rate of 11.5% for the Fed rate, which looks unbelievable these days. The majority of readers chose the half of it as a maximum.

Only restarting the money-printing machine and the inflation surpassing the tightening speed could cancel this scenario.

One thought on “Gold Update: Window Of Opportunity Still Open”