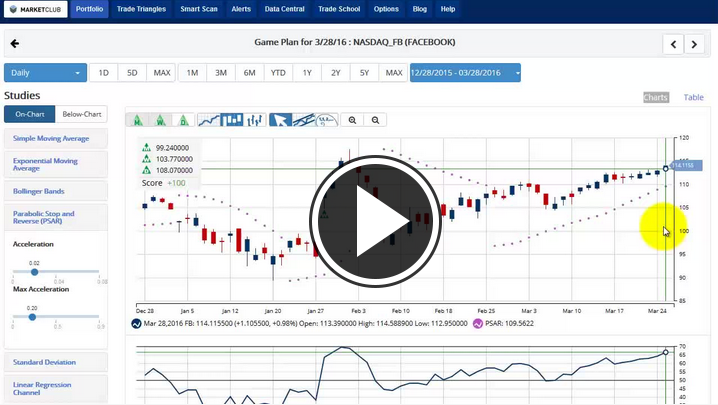 Amazon.com Inc. (NASDAQ:AMZN) It's no secret Amazon wants to take over the world and they certainly seem like they're well on their way to doing that. Looking at the stock however, it is showing a mixed picture. The long-term monthly Trade Triangle continues to be red which is perhaps indicating a cap on this market for the moment. Both the weekly Trade Triangle and the PSAR are indicating more of a trading range. Amazon would have to move over the $638 level before everything was lined up and ready to go on the upside. I prefer the sidelines at the moment. END_OF_DOCUMENT_TOKEN_TO_BE_REPLACED

Good day, MarketClub Members! So, what do I mean when I say 3 for 3? 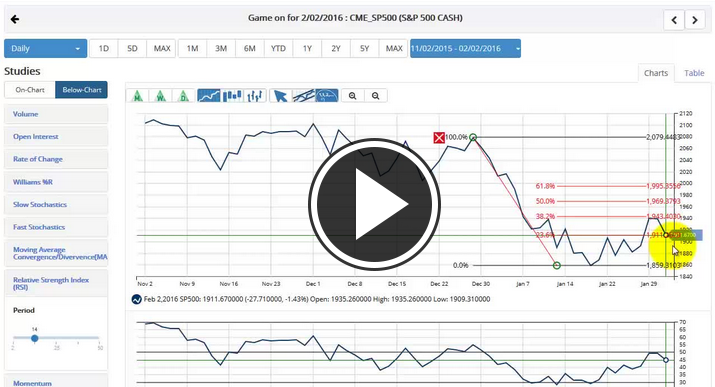 1: Let's start with Apple, Inc. (NASDAQ:AAPL) - The Trade Triangle technology indicated that the trend was heading lower and Apple was most likely to report disappointing earnings. That is exactly what happened when Apple reported its earnings after the close on 1/26/16. Apple opened lower the next day giving members another winner and profits up to 92% on options trades.

2: Next I recommended that a sidelines position was warranted in Amazon.com, Inc. (NASDAQ:AMZN) as the Trade Triangles were mixed indicating that there was no strong reason to take a position. The trading hours before the close showed Amazon up over 9%. Reality kicked in after the earnings announcement as Amazon gave back all of its earlier gains justifying the sidelines position.

3 stocks to watch today after they release their earnings after the close are: END_OF_DOCUMENT_TOKEN_TO_BE_REPLACED

Many Americans are now turning away from fast and processed food and deciding to lead a healthier lifestyle. That lifestyle includes exercise and eating healthy food.

However, many of the popular health food stocks like Whole Foods Market Inc. (NASDAQ:WFM), Sprouts Farmers Market Inc. (NASDAQ:SFM) and Chipotle Mexican Grill, Inc. (NYSE:CMG) have seen their stock values decline rather dramatically since they all peaked in late February of this year.

I have a question for you today...

Overall there appears to be a trend for people to eat less, consume non-processed food, and turn to a healthier lifestyle. Even Walmart and Target are getting into the act devoting whole sections of the store to health foods.

Why have health food stocks deteriorated for the last three months? It all has to do with perception as many investors got overly excited with the market getting ahead of itself. END_OF_DOCUMENT_TOKEN_TO_BE_REPLACED