The price of a barrel of oil has almost doubled from its low of $28 at the start of the year, prompting speculation that a recovery is underway, which may result in the revival of companies in the exploration, production and services sectors that have foundered since prices collapsed in 2015. 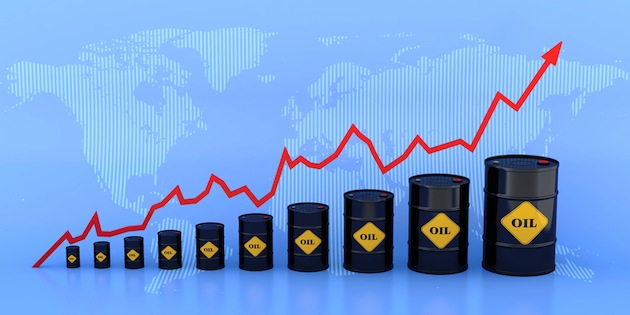 According to news reports published today (Thursday, May 26), the pop above $50/bbl can be attributed to a drop in supply. The U.S. Energy Information Administration's "Summary of Weekly Petroleum Data for the Week Ending May 20, 2016" notes that "U.S. commercial crude oil inventories (excluding those in the Strategic Petroleum Reserve) decreased by 4.2 million barrels from the previous week."

Since breaking the mark the price has sunk below the $50 level, but hovers in the vicinity, as it has for the past few weeks. END_OF_DOCUMENT_TOKEN_TO_BE_REPLACED

By: Sara Nunnally of Street Authority

The latest rumor around the global water cooler that Russia and OPEC-leader Saudi Arabia have agreed to freeze oil production at January or February levels has been dispelled... for now.

The OPEC leaders meeting in Doha failed to reach an agreement to cap production, with Iran bowing out of the meeting altogether, and refusing to pull back on its oil production. As a result, oil prices took a big tumble. Brent crude fell a harsh 7% on the news. West Texas Intermediate (WTI) fell almost as much at 6.6%.

But does a "no deal" result from the OPEC Doha meeting mean production caps are off the table? Or that OPEC wouldn't seek an alliance outside its cartel?

In response to the meeting, Qatar's energy minister Mohammed bin Saleh al-Sada said, "We of course respect [Iran's] position... The freeze could be more effective definitely if major producers, be it from OPEC members like Iran and others, as well as non-OPEC members, are included in the freeze."

Al-Sada said that OPEC members need more time. Which says to me that this won't be the last we hear of production caps.

Indeed, this wasn't the first time we'd heard about potential cooperation between OPEC and Russia, either.

The rumor of a possible oil production freeze lifted oil markets as much as 4.7% and kept prices for WTI above $41 mid-week last week. That means oil prices have been on a wild ride. Take a look at WTI futures: END_OF_DOCUMENT_TOKEN_TO_BE_REPLACED

I wrote last week about applying some logic to the oil crash, which as of January 20th had taken prices below $27.

It seems like ever since the very day I wrote the article (January 20th), a lot more "logic" has seeped into energy markets, as oil has quickly rebounded to around $34 (I'm sure my article had something to do with that; ha ha).

Could things possibly be stabilizing somewhat?

I know oil prices can always be volatile, but surely the crash that's taken prices from $107 to $27 can't continue forever. So what's next? END_OF_DOCUMENT_TOKEN_TO_BE_REPLACED

All right. Now we've tried everything. And we still can't figure out when oil prices will finally turn around – or at least stabilize.

Experts' predictions are all over the map. Smart people – including analysts, industry executives, and entrepreneurs – are on both sides. Many predict even lower oil prices before the market steadies itself. Many others predict oil in the $40-60 range again as soon as the 2nd half of 2016. Both groups have applied rigorous study and analysis. Both have valid, compelling points.

Yet, the more I listen, the more confused I become. Meanwhile, oil prices continue falling like a knife. What's truly causing this massive, slow-moving train wreck from $107/barrel in June 2014 to $27/barrel 19 months later?

Recently, many pundits and experts seem to be speaking in a refreshing new language. It sounds a lot like logic and common sense. I've heard a ton of commentary lately that makes me go "hmm, that seems logical." Today I'll summarize a selection of these observations, and add a few musings of my own.

We've tried everything else. Let's try applying some logic to the situation. END_OF_DOCUMENT_TOKEN_TO_BE_REPLACED