In the past few weeks, and especially this last one, equity investors watched in horror as China's stock market began to disintegrate. More than $3 trillion in value disappeared in what seems like the blink of an eye. Over the same period, the FX market has been preoccupied with the unfolding events in Greece. Many investors believe that, while Greece is very relevant to the FX market, China's problem pertain only to a bubbly stock market. If that's what you believe, too, you thought wrong! China's stock crash is a mere side effect of the country's real problem – the Chinese Yuan.

China's Ambition for the Yuan

The Yuan has always been a critical tool for Chinese policy makers. During the 1990s, China essentially sacrificed the Yuan in favor of growth as it aspired to become the world's factory. That thanks in large part was to a cheap labor force. Cheap labor is essentially only possible with an undervalued currency. The Chinese government succeeded in its endeavor. China rose to prominence, moving swiftly from a somewhat marginal economy to the world's second largest economy. There is no other way to describe it except as a phenomenal economic achievement and one skilfully executed. 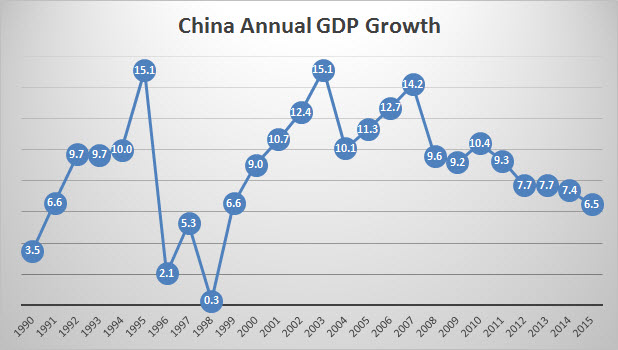 Now, Chinese leaders have reached their next resolution and are set to take the first step. Once again, the government’s resolve relates to the Yuan. In order to avert a Japanese style of rise and decline, China's government wants to do things differently. The government recognizes that it must turn the Yuan into a reserve currency, one that matches the dollar. This will allow China to turn into a more sustainable credit-driven economic model, à la the United States. END_OF_DOCUMENT_TOKEN_TO_BE_REPLACED

The Shanghai Composite fell another 8% at the open on Wednesday (July 8). Trading was soon halted by the authorities. (But for a different reason that the trading halt on the NYSE the same day.)

From its all-time high on June 12, China's main stock index is down 32%. Using the word "crash" is becoming appropriate.

"At the moment there is a mood of panic in the market and a large increase in irrational dumping of shares, causing a strain of liquidity in the stock market," said China's Securities Regulatory Commission on Wednesday (bold added).

But the "dumping of shares" is not the only type of selling that's going on in China right now. Bloomberg reports that (bold added), END_OF_DOCUMENT_TOKEN_TO_BE_REPLACED