Based on a number of recent reports indicating the major indexes could end the year flat from where they sit today, I offered a few ideas on how investors could still profit during the last four months of 2017.

One of those ways was using Exchange Traded Funds that invest in the futures of the Volatility Index. For most investors, the CBOE Volatility Index or VIX or even the 'fear gauge,' is a rather complicated and confusing market measuring stick. So, today we are going to go through the 'ins' and 'outs' of the VIX and go into a little more detail on how the average investor can use the VIX ETF's to turn a little profit from time to time.

The CBOE Volatility Index (VIX) was designed to put a number on market volatility so investors could trade and make money based on the volatility of the stock market. This is achieved through the use of the futures market and options prices. The VIX tells investors the square root of the risk-neutral expectation of the S&P 500 variance during the following 30 calendar days.

Now before we go any further, let me be clear, the VIX is not very accurate considering it only claims to have a 68% probability and furthermore in terms of years the VIX is typically pretty far off. But, if we say the VIX is at a 20, we can divide that by the square root of 12, the number of months in a year, and we get 5.77%. That would mean the VIX, with a 68% probability, is telling us the S&P 500 will move higher or lower by 5.77% over the next month. We can do the same calculation and figure out what the futures market is predicting the S&P 500 will move over the next week if we divide the VIX (20 for this example) by the square root of 52, the number of weeks in a year, which comes out to be 2.77%.

Now that we are done with or little math lesson, how are you, the average investor going to use 'the fear gauge' to make money? Well simple, when you think something may spook the market, you go long the VIX.

At the beginning of August, towards the end of earnings season when very little news was hitting the markets, the VIX had fallen as low as 10. This implied market participants didn’t think the market would do very much over the next few months. But then, tensions with North Korea heated up, and President Trump made a few public comments. Then on Thursday, August 10th, the VIX opened at 11.11 and closed for the day at 16.04. That was a 44.37% move higher.

Now, in this case, it was a 44% move higher. While it's unlikely, it can move that much lower in one day. I only point this out because I want to make this clear right now; the VIX is not an investment the faint of heart should be trading. It is rather volatile.

While early August would have been a great time to go long the VIX, you can also make money when things begin to calm down. Just like going 'long' or 'short' a stock, investors can go 'long' or 'short' the VIX. 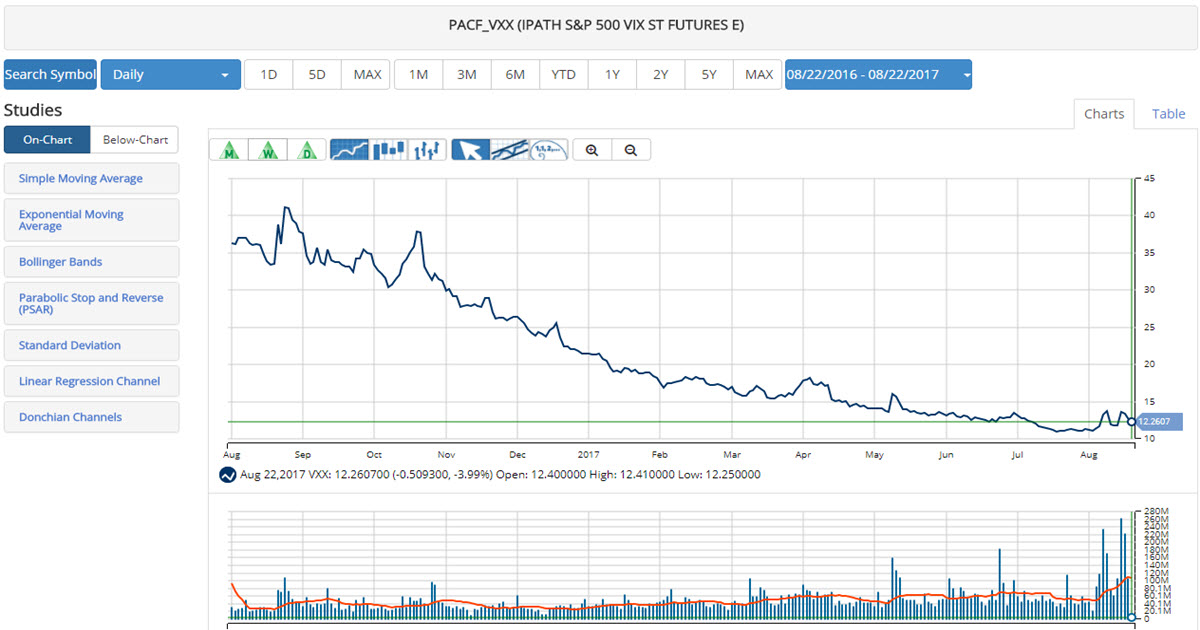 The VXX is a contrarian investment, meaning that is expected to go higher (thus make the investor money) when the stock market falls. The XXV is the opposite. When the North Korean situation heated up, some investors got scared and pulled money out of stocks, causing the market to fall and thus the VIX to climb and those who owned VXX to make money. 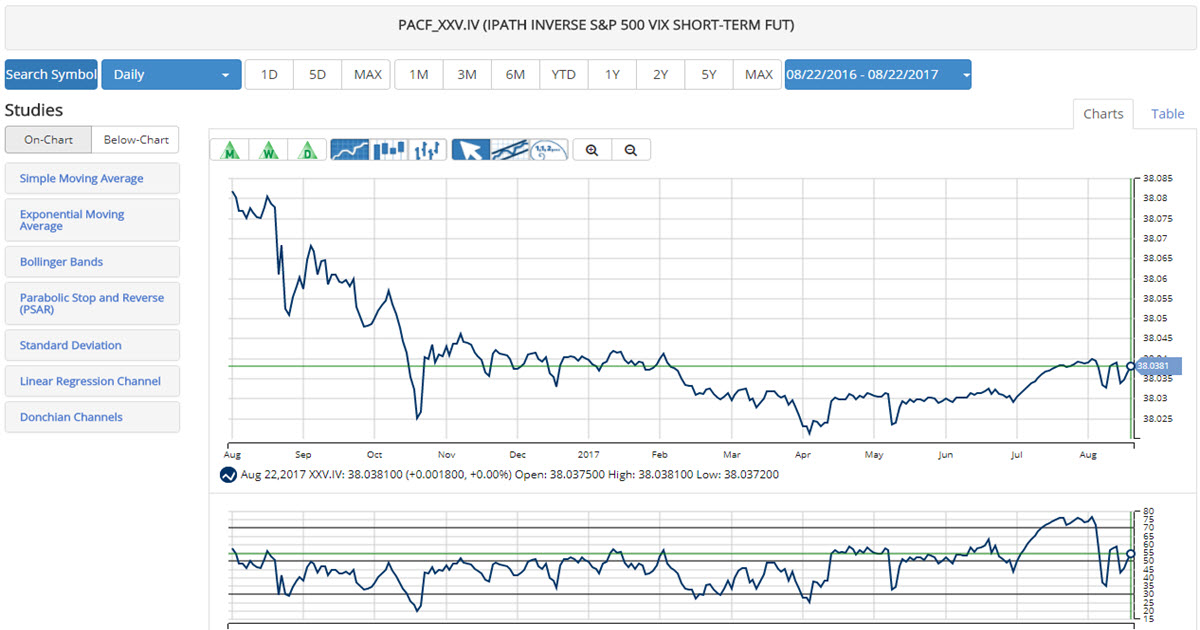 If you think the markets will go higher, you should buy XXV. But, this is where it should be noted that a mild day on Wall Street is not going to make you money if you are trading the VIX through the VXX and XXV. You need big market moves to make money with the VIX.

Furthermore, the VXX and XXV are products that are based on options in the futures market. And do to that, they don’t always act how one would expect. For example, about 16% of the time the VXX will move in the same direction as the S&P 500, instead of the opposite.

Crude investors who have a knack for predicting big moves can make a lot of money trading the VIX but remember it is very risky and it should not be used by everyone.

Disclosure: This contributor did not own shares of any company mentioned at the time this blog post was published. This article is the opinion of the contributor themselves. The above is a matter of opinion provided for general information purposes only and is not intended as investment advice. This contributor is not receiving compensation (other than from INO.com) for their opinion.

2 thoughts on “How You Can Make Money From Market Volatility”