A number of market participants have begun making year end predictions about where they believe stocks will finish. The predictions have the market finishing higher, lower, a lot higher, a lot lower, and right where it is today. Basically, no one really knows how the stock market will finish 2017 because no one can accurately predict the future.

But, when we look at the past, predictions have been made which aren’t as optimistic. Based on historical data a Goldman Sachs analyst has noted that when stock valuations have been where they are today, the market returns have been in single digits or negative.

While I am a full believer that over the long run the markets will only go higher, I also understand that a healthy market needs the regular pull-backs and investors need to feel some pain from time to time. So if the S&P 500 ended 2017 where it sits today, I wouldn’t be surprised. But having said that, I still believe there are opportunities in the market for you to make money.

The first opportunity is through investing in something like the VIX or the market volatility index. While you can't directly invest in the VIX like you can with the S&P 500 or the Dow Jones, you can buy different investments which allow you to make money based on which way the VIX moves. Two options that enable you to invest in the VIX movements are the iPath S&P 500 VIX Short-Term Futures ETN (VXX) and the VelocityShares Daily Inverse VIX Short-Term ETN (XIV). The VXX will rise if the market is falling while the XIV is the inverse version of the VXX. 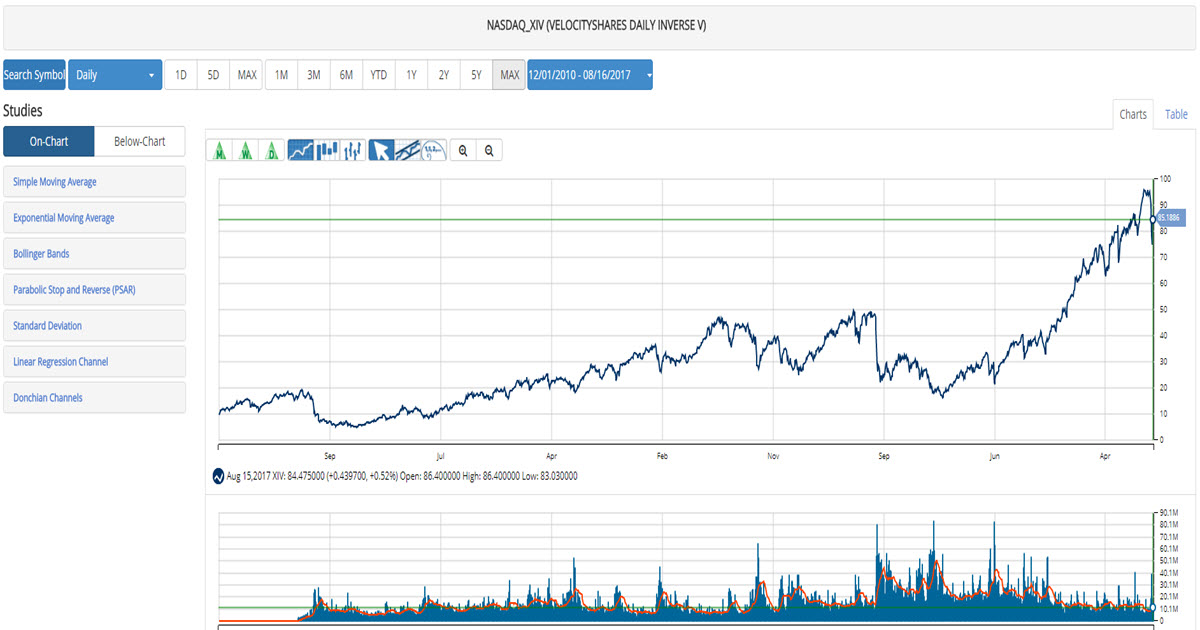 While shorting the XIV essentially means you think the market will move higher in the future, and since it usually does over the long run, one may believe that this is a no-brainer investment. The problem is if stocks fall 5%, 10%, or 15% in a short period XIV is going to get crushed. Furthermore, because XIV and VXX use futures to get the proper correlation to the VIX itself, they adjust daily, meaning if you hold it for more than one day at a time, you will be losing money.

Furthermore, the expense ratios for XIV and VXX aren't cheap. VXX will cost you 0.89% while XIV has an expense ratio of 1.35%, and those numbers don’t include the daily adjustment costs.

The idea of investing in either the VXX or the XIV is that you will not be tied to what individual stocks do, but instead the overall market and how volatile it gets. So, say over the next three months stocks continue to climb higher. But in December, the bottom falls out after Black Friday sales numbers come in lower than expected. Well, instead of cherry picking which retailers will do well and which will have bad results, just make a bet on volatility.

Another option would be to go super niche and bet on very specific investments such as Exchange Traded Funds like ETF Managers Trust - ETFMG Prime Cyber Security ETF (HACK), or the iShares U.S. Home Construction ETF (ITB). (While I do personally like both of the above mentioned ETF's, I am merely using them for example purposes, not an actual buy recommendation.) So instead of buying an S&P 500 ETF it and not producing any return over the next four months, focusing on individual niche sectors could offer you a return while the market itself trades in a narrow range. 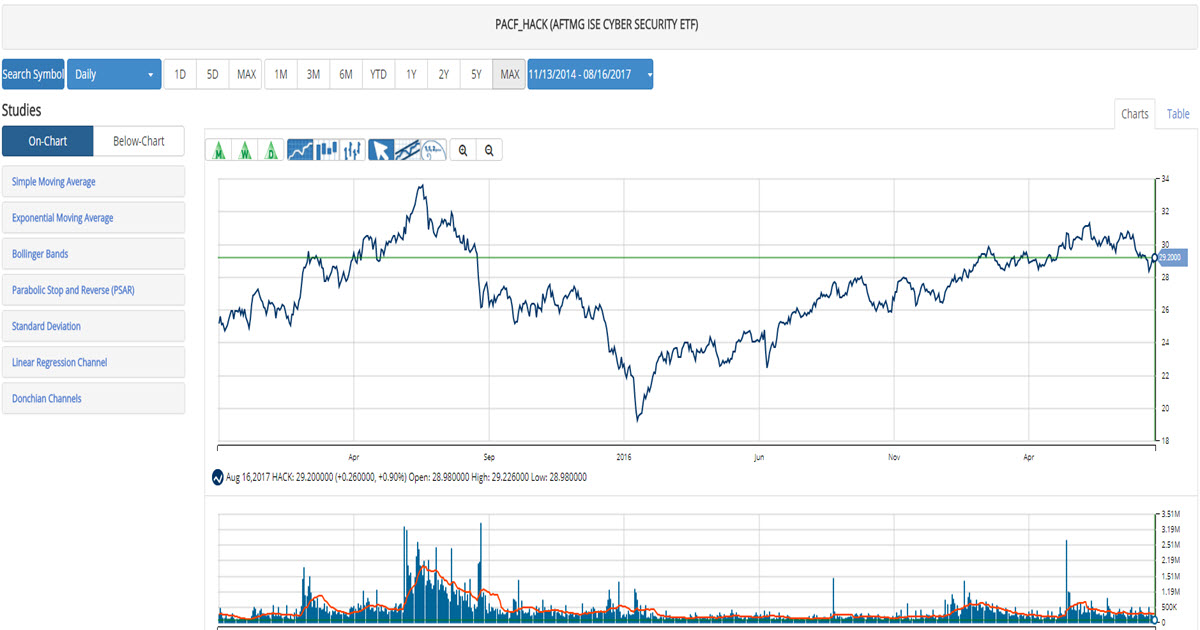 Find an industry such as cyber security, which could get a boost if we see a significant cyber-attack in the next few months or a something like the ITB which has been doing well since home construction is currently strong. Again there are many other options here; these are just two of my examples.

Lastly, investors could just remove themselves from equities and go down the road of buying bonds or commodities. There are plenty of ETF's that would give you access to commodities like gold, SPDR Gold Trust (GLD), oil, iPath S&P GSCI Crude Oil Total Return ETN (OIL), and so on. These ETF's would allow you to focus on investments that wouldn’t necessarily be affected by a down or flat equity market. 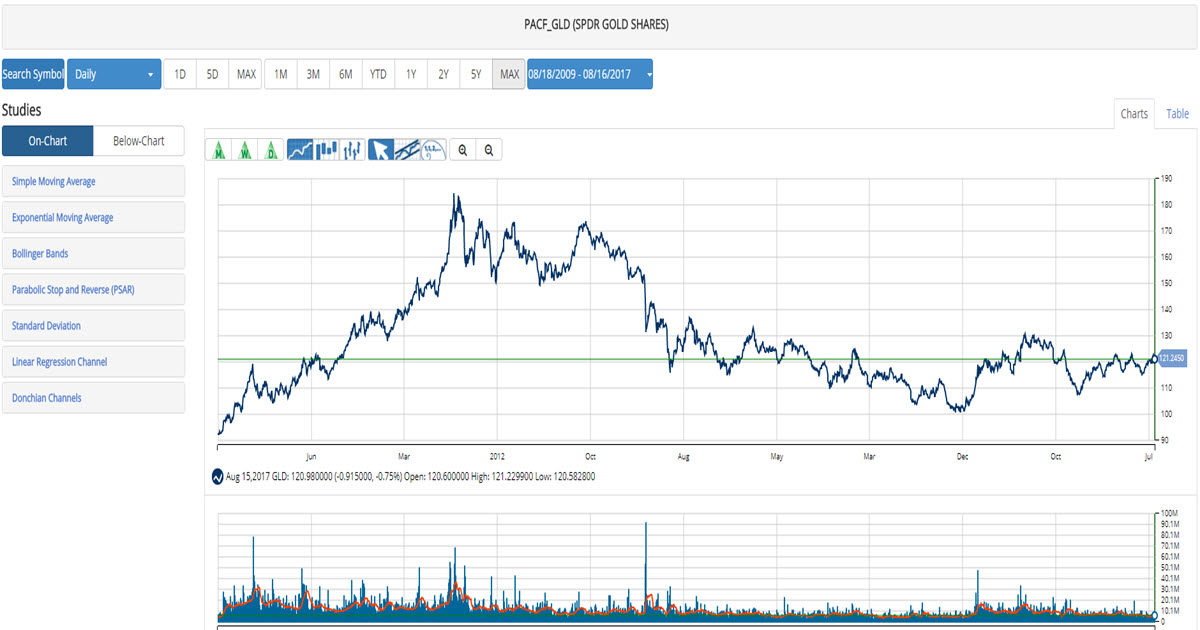 But, while on paper these alternative investments in bond and commodity ETF's sounds like a great idea, you may need to stop and consider what experience you have with those investments before jumping head-first into the deep end. Trading commodities is nothing like trading stocks. The price movements can be very violent and for what appears to be no good reason.

If you aren't comfortable investing outside of equities, don’t feel pressured to do so. After a 10% year-to-date return, if you stocks are flat from here on until the end of 2017, you should still consider this a very good year, especially when compared to historical returns.

Disclosure: This contributor did not own shares of any investment mentioned above at the time this blog post was published. This article is the opinion of the contributor themselves. The above is a matter of opinion provided for general information purposes only and is not intended as investment advice. This contributor is not receiving compensation (other than from INO.com) for their opinion.