Hello traders everywhere. Semiconductor stocks fell after the ruling that Qualcomm used its dominant position to exact excessive licensing fees, a decision that could shake up the broader smartphone industry. Qualcomm (QCOM) fell -12%, while other chip stocks also dropped which in-turn has pulled the overall market as we head into afternoon trading.

Today's declines followed a Tuesday rebound for chip stocks after the White House granted temporary exemptions to an export blacklist against Huawei Technologies, potentially easing U.S.-China tensions as the two sides seek to get trade talks back on track. Some analysts expect trade-related swings to continue until investors get more clarity on escalating tariff threats by both sides. 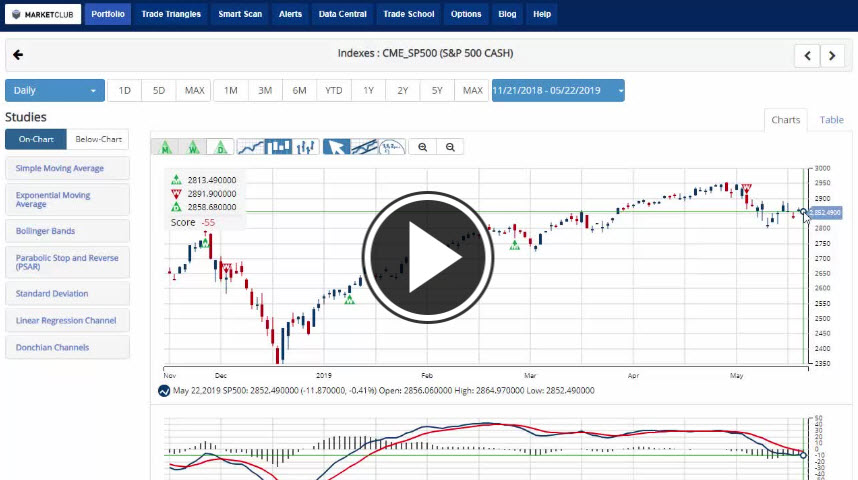 On the trade war front, Treasury Secretary Steven Mnuchin told CNBC's Ylan Mui that a trip to Beijing to retake trade negotiations has not been scheduled yet. This lowered hope of a speedy resolution to the U.S.- China trade war.

President Donald Trump followed through with his threat to increase tariffs on $200 billion in Chinese goods from 10% to 25% earlier this month. China immediately responded by upping the tariffs on $60 billion of U.S. goods to as high as 25%.