This week we have a stock market forecast for the week of 9/12/21 from our friend Bo Yoder of the Market Forecasting Academy. Be sure to leave a comment and let us know what you think! 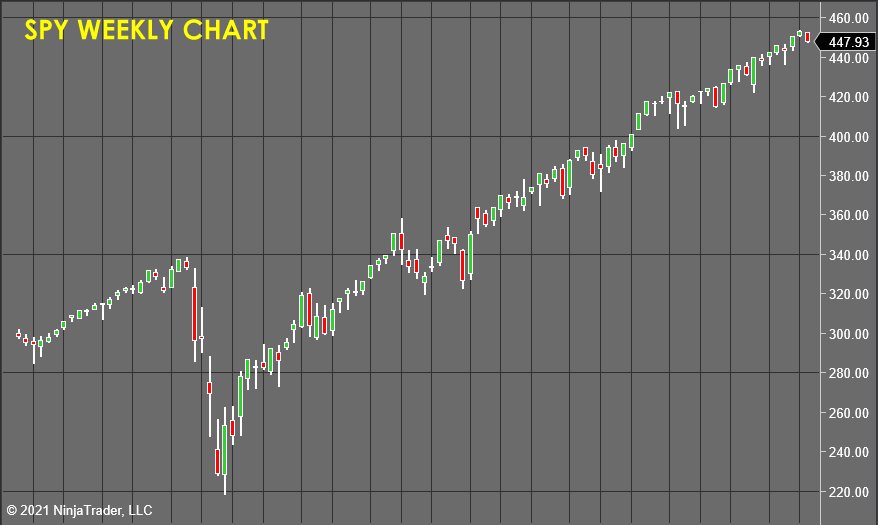 After all our waiting, the S&P finally turned over and printed a bearish, non-hysterical candle on the weekly chart. So next week’s reaction will tell me a lot. If the bears come out in droves, then we can get confident and aggressive on the bear side, but if we sell off early, then close strong, it would indicate that we remain stuck.

I’m building a watch list of short opportunities, but it would be imprudent to enter now, as there just hasn’t been any actionable data coming out of this market for weeks. However, I’m hopeful that will change in the next 7 days. 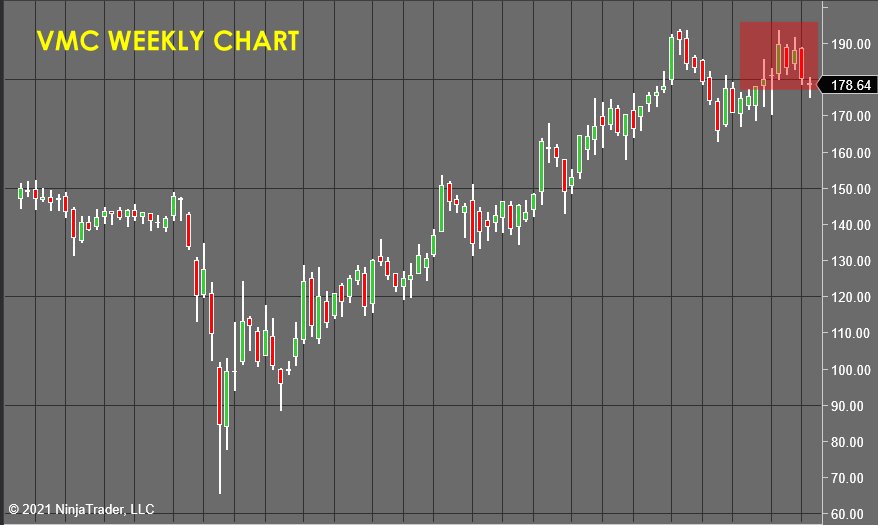 VMC started out the week with some downside follow-through, then whipsawed back to close out right where we started.

If the market indexes commit to the downside this week, VMC should outperform and put some nice red on that chart. 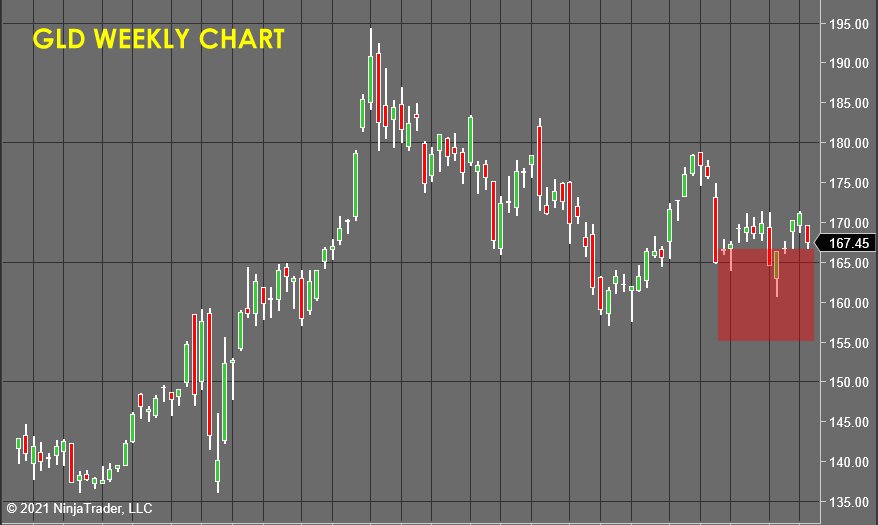 Gold is having its first correction since entry. If it falls down near the $165 level, then reverses... it would form an “inverse head and shoulders,” which would be a significant buy signal for this market. 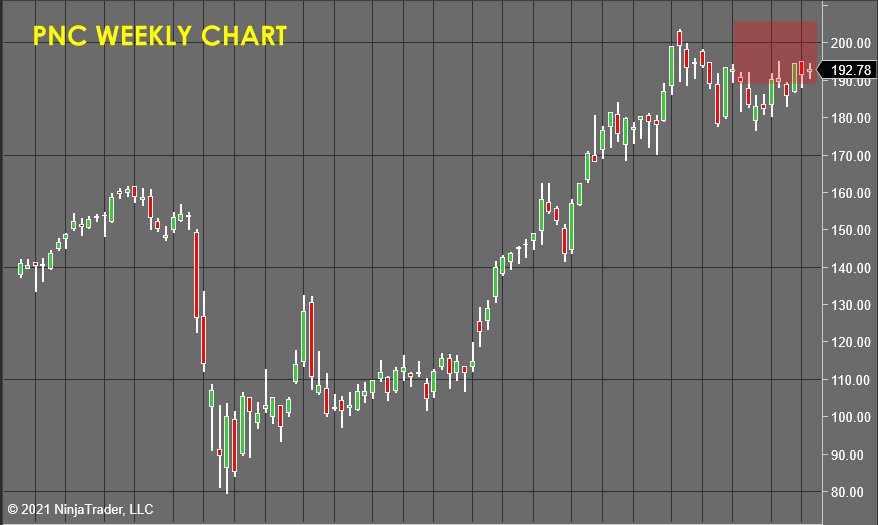 PNC continues to chop near its highs. If the market indexes go bearish, as I have discussed above, PNC MUST respond quickly and decisively, or I will start to consider scratching this for lackluster response to stimulus.

The second biggest “leak” that I see traders allowing to persist in their trading program is...

The trader sees a long opportunity in the stock of ABC and buys some shares...

The stop loss for this trade is set $2 lower than entry, and the price rallies nicely about $1 to test a minor area of resistance...

The fear of a wiggle or the trade turning bad...

Basically, the uncertainty of an active and open position makes the human mind crawl with anxiety. We like to have instant gratification and feedback on our choices, ESPECIALLY when those choices are made in an arena where there is risk and possible negativity.

Here is the problem...

If you take profits that don’t justify the initial risk you assumed, you can create a trade with a NEGATIVE EV!

Imagine that you have a trade with a 50% win rate and a 2 to 1 risk to reward on paper.

The EV for that trade would be .50, and anything more than a 34% win rate would produce a positive EV.

But if you start taking impulsive and emotional profits, you are leaving VAST amounts of money on the table.

Do you see how much those deviations from the plan cost you?

In this example alone, if you bail with a $1 profit, and eventually it goes the full 2 to 1, you just gave away another $1 and could have had double the profit!

This is such a universal problem that I wrote an article on this for one of the trading magazines, which was published way back in 2003.

I called it the “do or die” trade, and simply put; it is an exercise where you do the following...

Go back over your last 50 live trades and calculate how much MORE MONEY you would have made if you had simply set your stops, then your take profit orders... AND THEN WALKED AWAY!

Most of the time, by simply taking your mind out of the equation once the trade is entered, you will radically increase your captured profits.

A lot of trader’s forecasts are decent, and then they just cut themselves off at the knees by second-guessing and exiting early, trailing stops too tight, etc...

So take some time to look back at your recent trades and find those where you exited early, and sure enough... the damn thing went to your profit target WITHOUT YOU!

If you had stuck to your plan... how much more money would you have in your account right now?