With Canada set to legalize the recreational use of marijuana on October 17th, marijuana-related stocks and thus marijuana ETFs built around these equities have been on the rise. Many investors believe the marijuana industry will the next big growth industry since the drug has never been legal, but known to be rather popular with those looking to relax. Not only have individual investors been looking to the industry as a way to grow their wealth, but the alcohol industry has recently shown serious interest in the industry.

In August we saw Constellation Brands (STZ) increase its stake in Canopy Growth (CGC), we saw Molson Coors (TAP) partner up with Hydropothecary Corp. (HEXO) and there were reports that Tilray (TLRY) was in talks with Diageo (DEO). The rumors that Diageo and recently IPO’d Tilray where in talks has helped TLRY jump more than 100% since going public in mid-July of this year. While the moves from TLRY, HEXO, and CGC have all been astonishing in the past few months, the fact remains that the industry as a whole can still go higher in the future.

When marijuana became legal in Colorado and then California, the industry experienced a significant increase in demand literally overnight. That demand is once again going to jump on October 17th when Canada becomes legal. Furthermore, with the trend appearing to be taking hold not only around the country but the world, it's not hard to see how within maybe the next five to ten years from now, some of the marijuana stocks will be as big as the top alcohol companies.

But, that is where the problem rests. Trying to determine today, which companies are going to dominate the marijuana market in the coming years is not only a daunting task but perhaps more like gambling than investing.

Luckily though, we have a few ETFs that you can pick from today. END_OF_DOCUMENT_TOKEN_TO_BE_REPLACED

A new report predicts that New York is set to grow into the second largest cannabis market in the United States behind California. 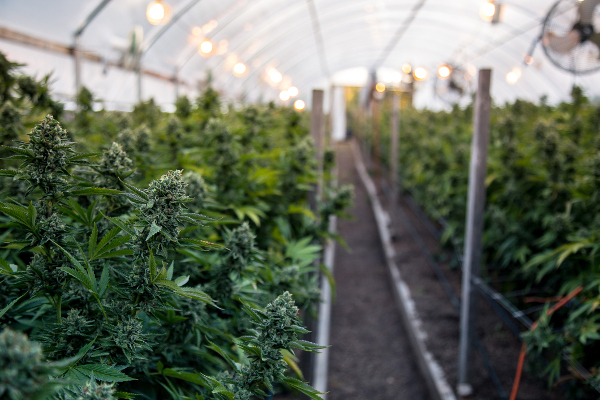 This growth could generate $3.1 billion in profit.

Although the program is off to a slow start, New York is following the predictable legalization pattern.

The vote for recreational usage follows closely behind medical approval.

I've found two stocks primed for big gains once NY moves to the next step.

I'll reveal these two stocks and when I expect their prices to see accelerated moves.

Get my free report right now.