As part of my daily routine, I use Smart Scan to look for stocks hitting new 52-week highs. I was shocked today when I saw McDonald's on the list. I can honestly say that McDonald's hadn't crossed my mind as of late, other than when the talking heads on TV talk about how poorly the company is performing here in the United States. And yet there it was, making a new 52-week high of 101.44 yesterday. Not only that, but it's closing in on the all-time high of 103.78 on 5/14/14.

It just so happens that I took my youngest son out to lunch yesterday and of course he wanted to go to McDonald's. So we jumped in the truck and headed over to the brand new one that they built in my town. Yes, I said new one. There are now two in this little town, the established one that's been here forever and the new one about 3 miles north of the old and on the other side of town. I remember asking myself, will the new one be busy? Will it take away to much business from the old one? I guess time will tell. 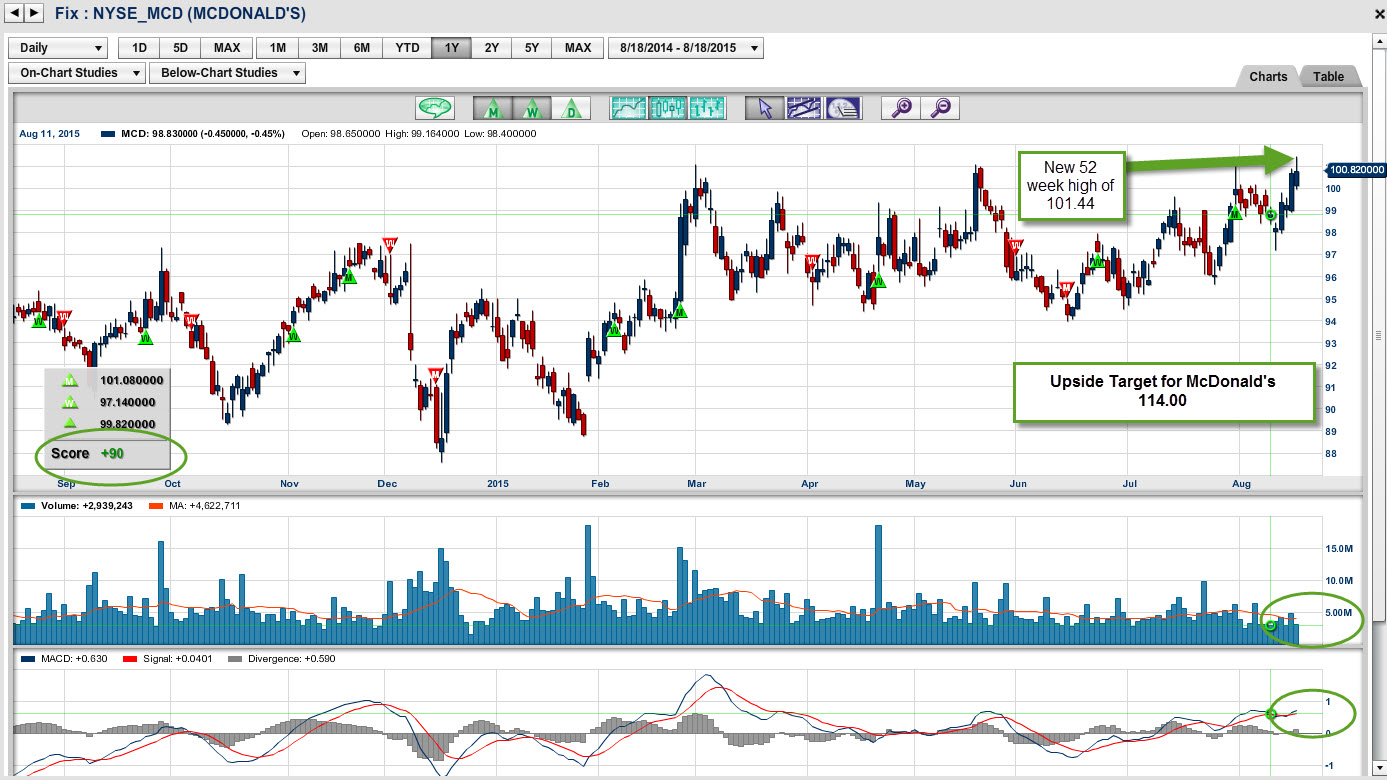 We pull up to the new one, and I notice that they still have a "Now Hiring" sign out front, and I think, "Oh boy, this isn't going to go well." As I walk in, I'm hit with the newness and completely different look and feel of this McDonald's. It's very futuristic and almost characterless honestly. I also notice that there is a line of cars around the building and 5-6 people waiting on food inside with looks of disdain on their faces. As I turn to get in line, I notice that they only have one person working the counter with a line of people waiting. As people start to complain about the wait I make an executive decision, "kid, were going to the other one" and we leave. END_OF_DOCUMENT_TOKEN_TO_BE_REPLACED

The simple answer is that all had new leaders in the last couple of years. But, here is the problem - they're all old school, old hat, and not so relevant anymore to investors.

Take a look at the latest casualty in the boardroom. Don Thompson was the CEO of McDonald's Corp. (NYSE:MCD) and he held that position for just over two years, during which time McDonald's went nowhere and had zero growth. He is stepping down effective March 1st and Steve Easterbrook, will be taking over the reins of McDonald's. The problem I see with McDonald's is that it's associated with fast, unhealthy food when the entire food industry is turning to healthy eating. You only have to look at places like Baja Fresh, Chipotle and a host of new up-and-comers in the fast, casual, healthy dining service industry to see where McDonald's has completely missed the boat. Like the stock market, perception is everything and the perception is McDonald's just doesn't cut it anymore with most young parents and millennials.

Ray Kroc had a brilliant idea when he first stumbled on the original McDonald's in California back in 1954. Here he discovered Dick and Mac McDonald's fast food restaurant in San Bernardino, California. One year later he incorporated McDonald's Corp. and the rest is history. Now 60 years later, like a lot of corporations, it has lost its relevance in the marketplace and it's going to be extremely hard to play catch-up and change their image. What do you think? 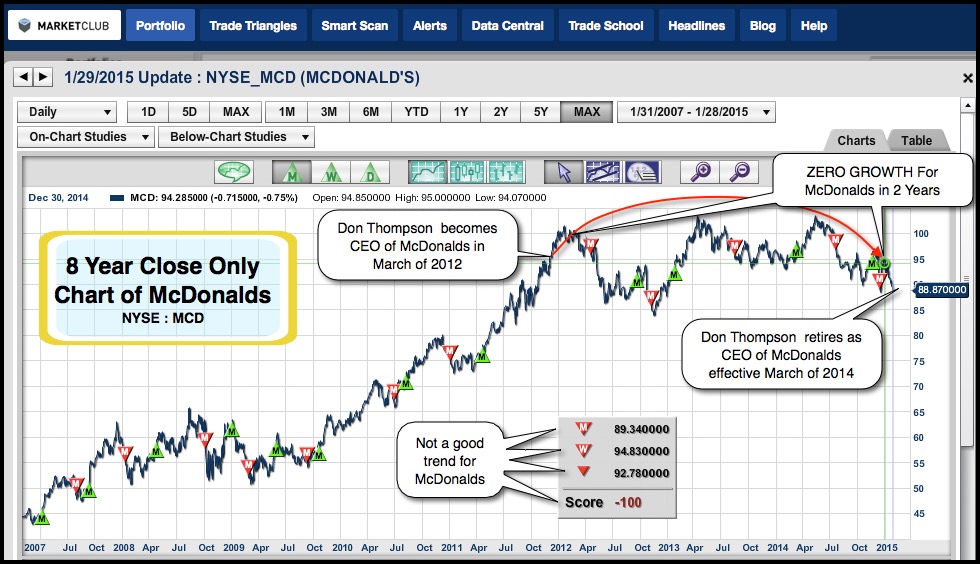 Microsoft Corporation (NASDAQ:MSFT) had a similar start to McDonald's, only this time, a young Bill Gates bought a program from a hacker for $50,000 (remember DOS?) and promptly turned around and licensed it out to IBM for a cool $1,000,000 a year. END_OF_DOCUMENT_TOKEN_TO_BE_REPLACED

The big news today is the death of King Abdullah of Saudi Arabia. The king was hospitalized with pneumonia-like symptoms in late December and died early Friday at the age of 90. It was understood that Crown Prince Salman, King Abdullah's half brother, was the hand-picked successor and has moved quickly to established himself as the new king.

The death of King Abdullah is a game changer in the Middle East and Saudi Arabia, which holds 46% of the world's oil reserves. Saudi Arabia is a major ally of the US, how that changes now is anyone's guess. 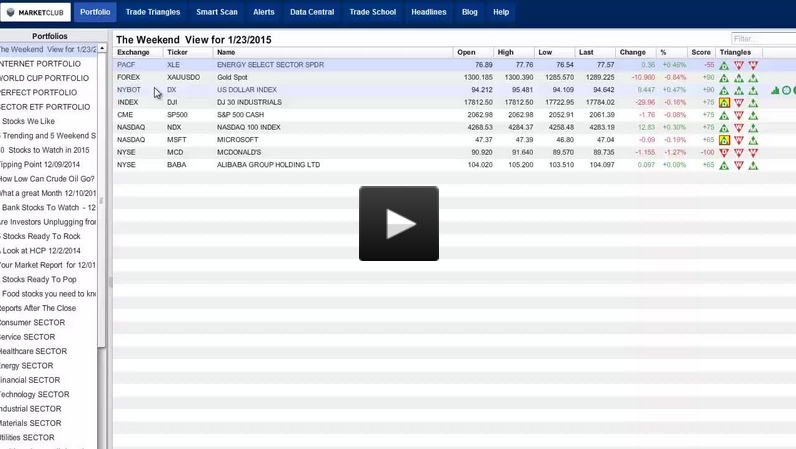 Change equals opportunity and make no mistake about it, behind the scenes in Saudia Arabia the knives are out for Crown Prince Salman, who is 79 years old and not in the best of health. END_OF_DOCUMENT_TOKEN_TO_BE_REPLACED