Under Armour Inc. (NYSE:UA) reported its third quarter results Thursday morning, and it managed to beat expectations. But you wouldn't know that if you looked at its stock price today. It's been trading in the -6% loss territory all day. 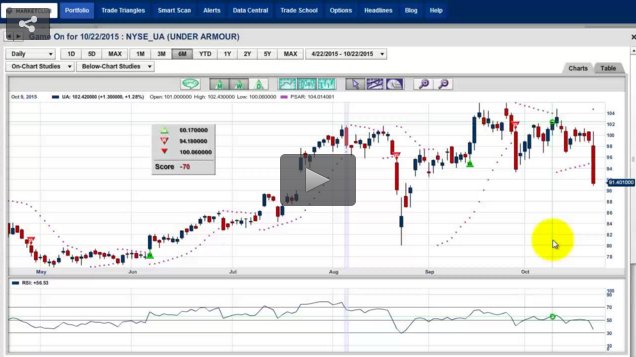 Under Armour even set a record in the 3rd quarter by having their first ever $1 billion revenue quarter. In fact, they topped $1.2 billion in revenue and yet, it wasn't enough for investors today. Revenue jumped 28%, topping the $1.18 billion Wall Street expected from Under Armour. Earnings per share also advanced, rising to .45 from .41 a year ago, topping the .44 that analysts were looking for. Is this just profit taking or is there something else going on? I'll share with you my thoughts on Under Armour. END_OF_DOCUMENT_TOKEN_TO_BE_REPLACED

History has shown us that America was built on the back of positive rivalries.

Like the long-standing feud between the New York Yankees and the Boston Red Sox... or the U.S. vs. Russia in the Olympics. That's to say nothing of more serious rivalries like the political feud between Democrats and Republicans.

Nothing can drive competitors to perform their best like a well-matched rivalry. This is particularly true in the world of business. Think of Microsoft (Nasdaq: MSFT) and Apple (Nasdaq: AAPL), Ford (NYSE: F) and General Motors (NYSE: GM), or ATT (NYSE: T) and Sprint (NYSE: S).

All of these (and dozens of others) have resulted in increased innovation, industry growth and -- most critically for investors -- shareholder value. One rivalry in particular stands out to me in terms of longevity, pure competitive zeal and using nearly every trick in the book for the upper hand: the epic cola war between Coca-Cola (NYSE: KO) and Pepsico (NYSE: PEP).