Facebook Inc. (FB) continues to be plagued by a slew of issues ranging from international regulatory scrutiny, user privacy issues, high-level employee mass exodus, and questionably toxic company culture. As a result of these overarching issues weighing on the company, the stock has become volatile with dramatic moves in both directions. The stock has traded over a $95 per share range during the past 52 weeks, logging a high of $218 and a low of $123. The magnitude of this move has been frustrating as one issue after another seems to impact the stock despite record revenue and EPS negatively. Pundits argue that the negative confluence of the issues above will drive up costs, narrow revenue streams and weaken the user base. The privacy scandal has already resulted in increased costs surrounding compliance, monitoring, censorship and scrubbing the platform from deceptive marketing.

Facebook has been mired in privacy scandals, public relations mismanagement, a conference call that wiped out $119 billion in market capitalization in a single session and a very public exodus of many high-level departures across the company. There’s a laundry list of mishaps originating from its data misuse scandal involving Cambridge Analytica as that continued to surface across the globe. Security issues affecting 50 million accounts, a lawsuit alleging concealing video admeasurements and increasing EU scrutiny plagued the stock. The list continues to evolve, and now there’s a report that Facebook stored user passwords unencrypted for years while its AI is still being refined due to its inability to remove the New Zealand terrorist attack video promptly before it was viewed 4,000 times. Additionally, Facebook’s network of products suffered an outage which impacted Instagram and Whatsapp as well as its flagship Facebook platform (Figure 1). Facebook has a lot of work ahead of its to reign-in all these issues and retain talent in what appears to be a questionable company culture. 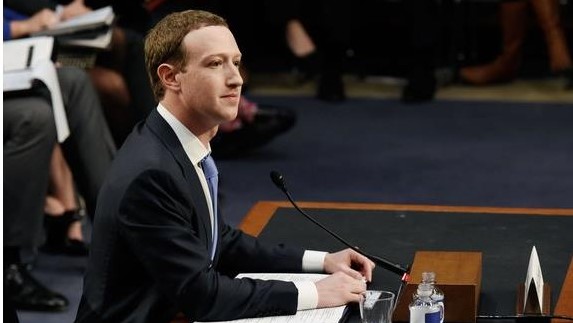 Emanating from these issues, many notable personnel have departed from the company. A dozen or so high-level executives have departed the company over the past year. Recently, Chris Fox, Facebook’s top executive in charge of all products is leaving the company. Jan Koum, co-founder of WhatsApp, Elliot Schrage, head of communications and public policy, Colin Stretch, Facebook's top lawyer, Alex Stamos, chief security officer, Dan Rose, vice president of partnerships, Rachel Whetstone, a top communications executive, Alex Hardiman, head of news products, Kevin Systrom and Mike Krieger, the co-founders of Instagram and finally Brendan Iribe, the former CEO and co-founder of Oculus. All these exits cap 2018 that witnessed several issues related to user privacy, data security and misinformation scandals.

Facebook issued a major guide down in growth for the next few quarters tampering growth expectations in the near term. Facebook faces a challenging confluence of slowing revenue growth, margin compression and stagnant daily active users in the near to intermediate term. Despite these headwinds, Facebook still posted accelerating revenue growth across all geographies, expanding market penetration with Instagram’s IGTV, Facebook’s Stories and monetization efforts in Messenger and WhatsApp. Facebook is still poised to grow at a double-digit clip with the most recent growth rate coming in at 30% in Q4.

Facebook remains one of the most compelling large-cap growth companies posting double-digit growth with P/E and PEG ratios well below its peers. Nomura upgraded Facebook with a price target of $215 on quick user growth in the Stories product. JPMorgan reiterated Facebook as a “best idea” and expects the stock reach $195 and “climb the wall of worry.” Baird also came out with an outperform rating basing its target of $195 on stabilizing engagement on its Facebook platform and growth in its Instagram property. Facebook has grown its revenues by over 30% for 21 consecutive quarters with its latest quarter coming in at 30% revenue growth. Facebook remains a premier large-cap growth stock and inexpensive relative to other large-cap growth stocks in its cohort. However, Facebook has inflicted continued damage on its reputation and trust as subsequent data related issues became public hence the roller-coaster of a ride for the stock.

Facebook Inc. (FB) has inflicted major damage to its reputation and trust as the laundry list of mishaps continues to evolve. Facebook has been mired in privacy scandals, public relations mismanagement, a conference call that wiped out $119 billion in market capitalization and a very public exodus of many high-level departures across the company. Facebook is attempting to put these issues behind the company by spending billions on initiatives to combat fake news, ensure data integrity, implementing stringent guidelines on third-party data sharing and overall transparency within its platform. Facebook even issued a major guide down in growth for the next few quarters tampering growth expectations in the near term. Facebook faces a challenging confluence of increased spending via investments, slowing revenue growth, margin compression and stagnant daily active users in the near to intermediate term. Despite these issues, Facebook has grown its revenues by over 30% for 21 consecutive quarters with its latest quarter coming in at 30% revenue growth and the stock exploded higher on the news. All-in-all, Facebook has been painful to hold through this period of volatility. However, long-term holders will likely be rewarded as these issues abate over time and Facebook corrects its mistakes and repairs the company culture.

Check out my previous articles on Facebook here and here.

Disclosure: The author holds may engage in option selling in any of the mentioned underlying stocks or ETFs. The author has no business relationship with any companies mentioned in this article. He is not a professional financial advisor or tax professional. This article reflects his own opinions. This article is not intended to be a recommendation to buy or sell any stock or ETF mentioned. Kiedrowski is an individual investor who analyzes investment strategies and disseminates analyses. Kiedrowski encourages all investors to conduct their own research and due diligence prior to investing. Please feel free to comment and provide feedback, the author values all responses. The author is the founder of stockoptionsdad.com a venue created to share investing ideas and strategies with an emphasis on options trading.