The Energy Information Administration reported that August crude oil production averaged 12.365 million barrels per day (mmbd), up 599,000 b/d from July. The gain was primarily due to the fact that July production had dropped due to Tropical Storm Barry, which shut-in 9.2 million barrels, or 297,000 b/d for the month, based on real-time estimates. In addition, July production was revised downward by 40,000 b/d. Nevertheless, the net increase of around 250,000 b/d from the adjusted July figure was a large increase and confirms the EIA’s weekly estimates for the month.

Phillips 66 Partner’s Gray Oak pipeline is expected to ship an additional 900,000 b/d. It is scheduled to being shipments by year-end.

The effect of the pipeline additions will narrow the spread between Midland and the U.S. gulf prices, effectively lowering breakeven costs in the Permian. 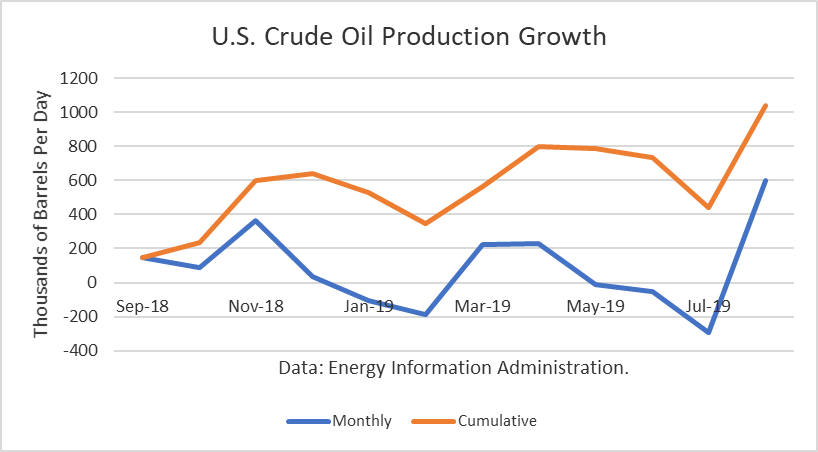 The gains from last September have amounted to 1.040 mmbd. And this number only includes crude oil. Other supplies (liquids) that are part of the petroleum supply add to that. For August, that additional gain is about 140,000 b/d. 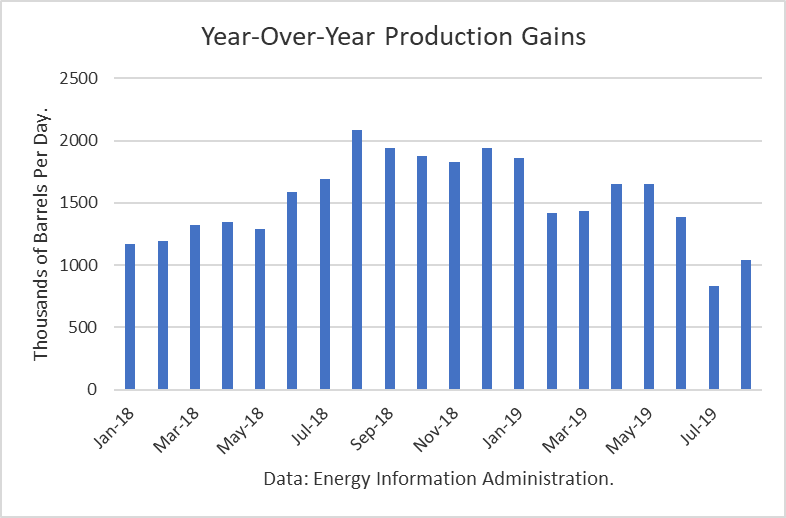 The EIA-914 Petroleum Supply Monthly (PSM) figure was 6,000 b/d lower than the weekly data reported by EIA in the Weekly Petroleum Supply Report (WPSR), averaged over the month, of 12.371 mmbd. 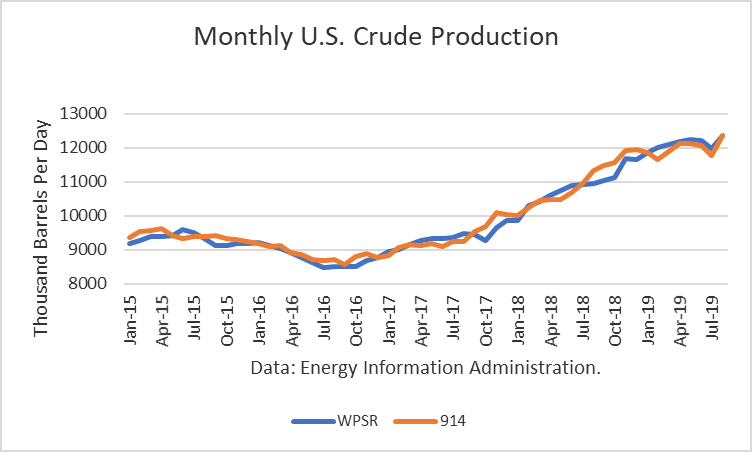 The July figure was about 12,000 b/d higher than 12.353 mmbd estimates for that month in the October Short-Term Outlook. That implies no need for another upward “rebenchmarking” to EIA’s model in future production levels at this time since the difference was not large enough to warrant it. 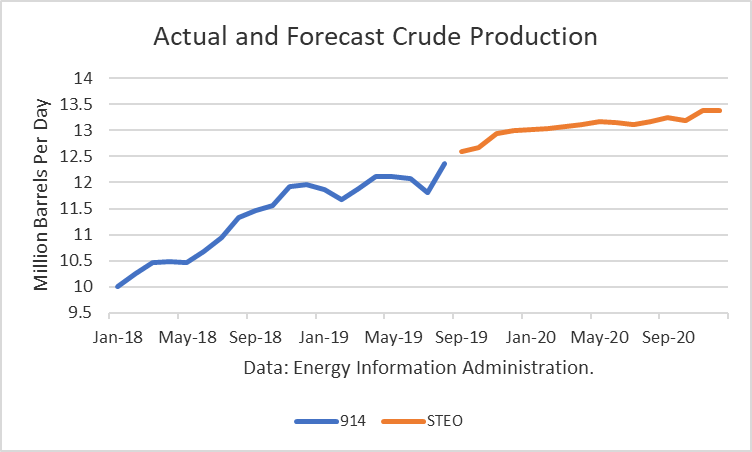 The rebound in GOM crude production reached a record high, and Texas also was a record. The seasonal drop in Alaska masked total U.S. production. I am expecting the new pipeline takeaway capacity to push Permian production much higher in the final months of 2019 and into 2020.