The Energy Information Administration reported that March crude oil production gained 1.401 million barrels per day, averaging 11.184 mmbd. This follows a drop of 1.273 mmb/d in February due to the freeze in Texas. The March 914 figure compares to the EIA’s weekly estimates (interpolated) of 10.968 mmbd, a figure that was 216,000 lower than the actual 914 monthly estimate. 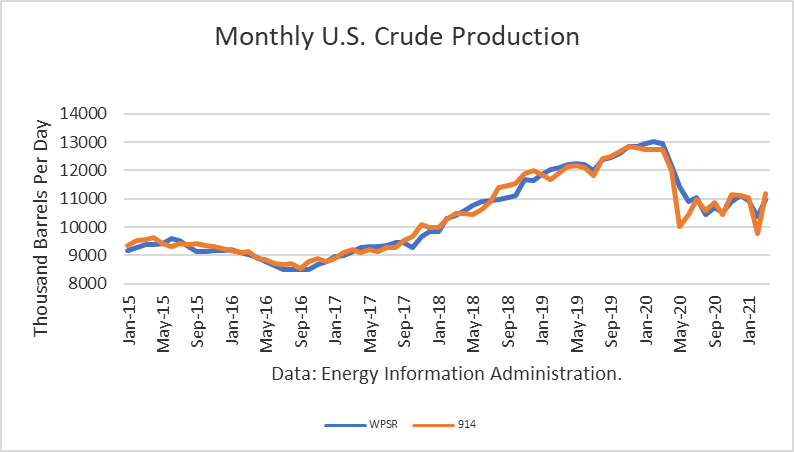 Given the huge reduction last May, production dropped by 1.553 mmb/d over the past 12 months. This number only includes crude oil. 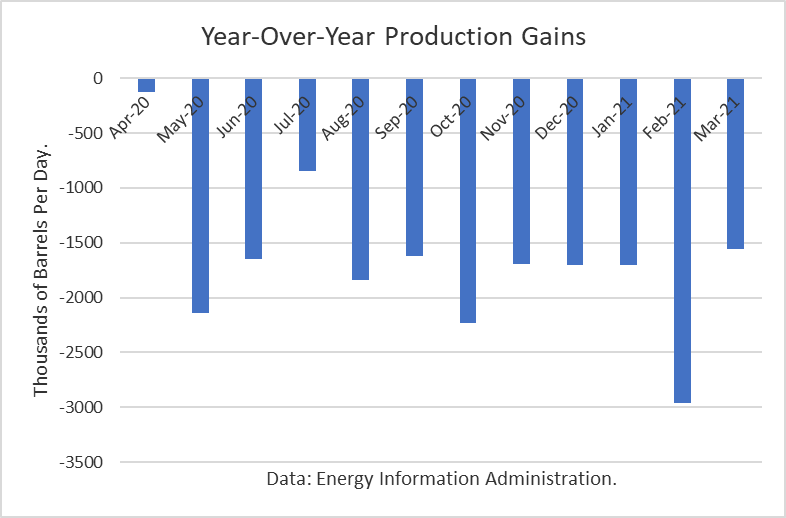 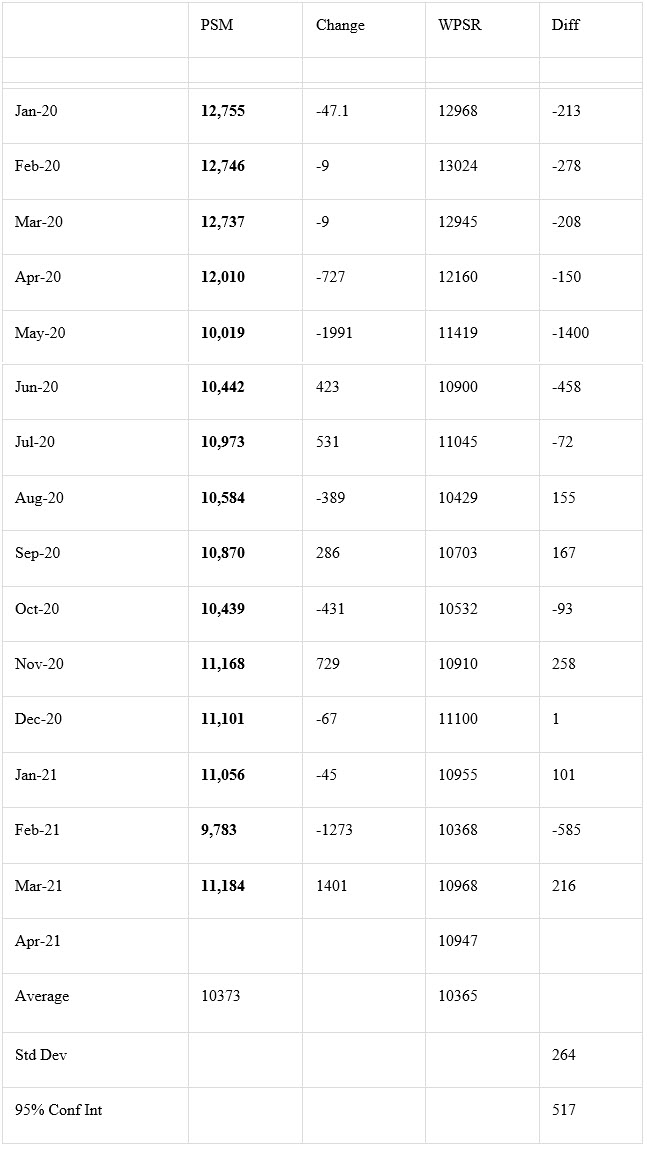 The 914 figure was about 240,000 higher than the 10.940 mmbd estimate for that month in the May Short-Term Outlook. This difference is enough to trigger a “rebenchmarking” to EIA’s model in future production levels.

Learn how to use options to supersize your portfolio returns with Trader Travis' free training! 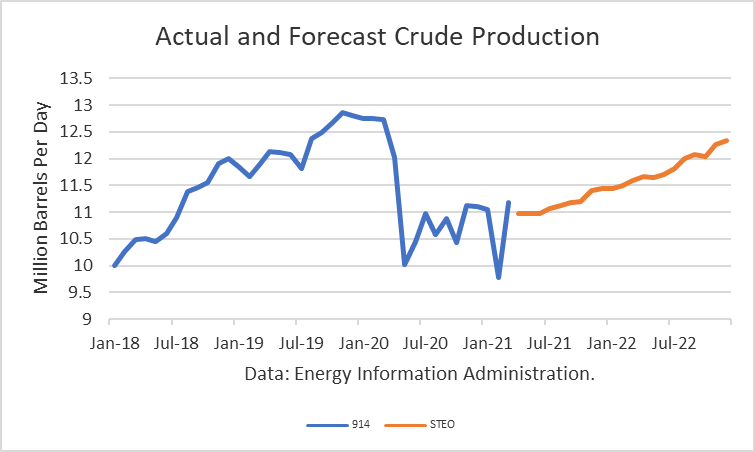 Drilling rigs have been steadily rising to a 13-month high in the latest Baker-Hughes figures, and the July WTI contract has rebounded to $66.32 /bbl.

The unprecedented oil price collapse of 2020 has been totally erased, and U.S. crude production has responded to some extent. With WTI in the mid-$60s, it appears that EIA projections for low growth in 2021 and 2022 may be too pessimistic.