The U.S. Bureau of Labor Statistics released the latest jobs report, which said, “Total nonfarm payroll employment rose by 390,000 in May, and the unemployment rate remained at 3.6 percent, the U.S. Bureau of Labor Statistics reported today. Notable job gains occurred in leisure and hospitality, in professional and business services, and in transportation and warehousing. Employment in retail trade declined.” 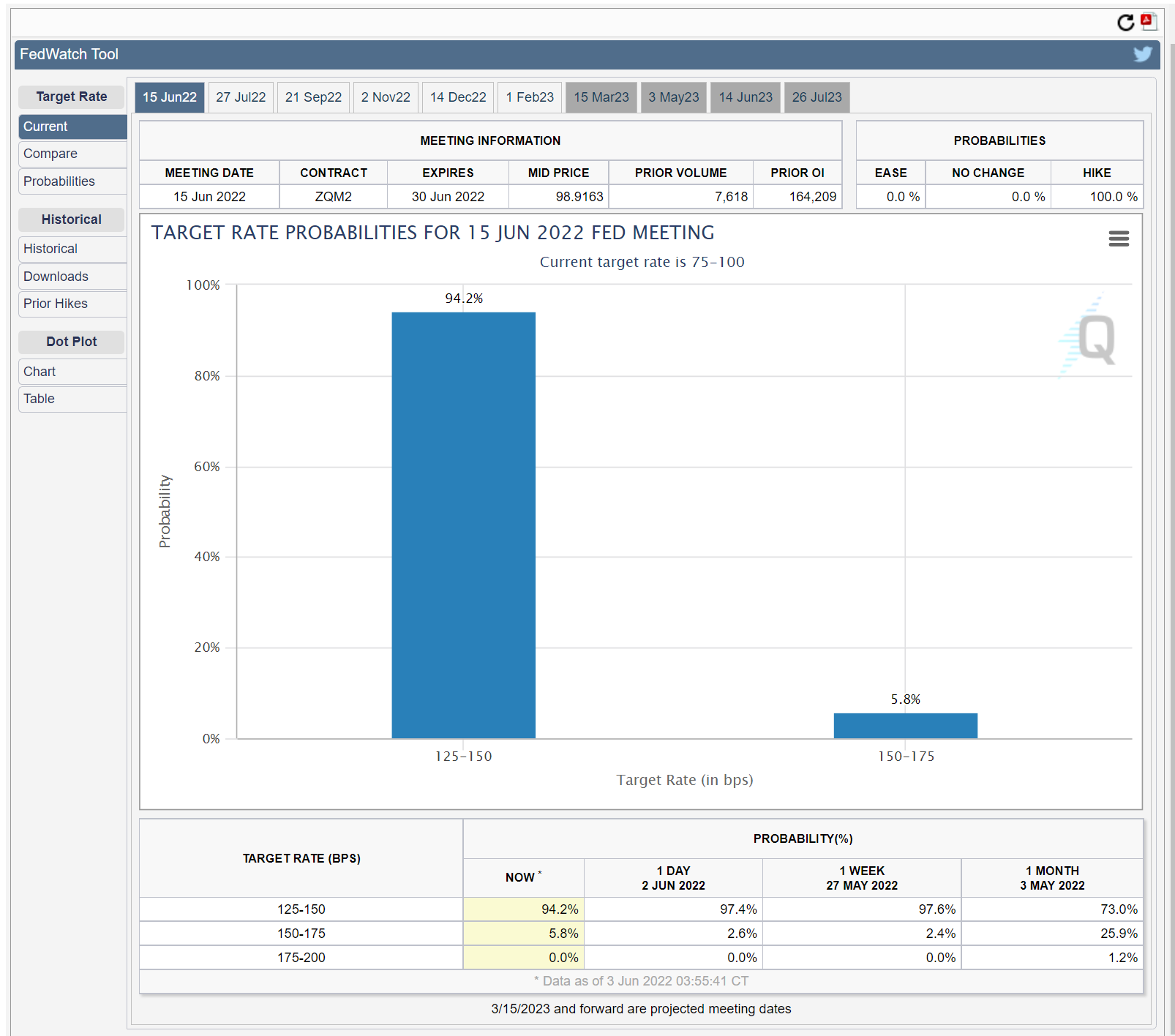 The CME’s FedWatch Tool is currently forecasting that there is a 94.2% probability that the Federal Reserve will move forward with another half a percent rate hike in June and an 87.2% probability that the Fed will raise rates another half a percent during the July FOMC meeting. The net result if these forecasts come to fruition is that the Federal Reserve will have raised its internal Fed funds rate from near zero to 2% in four months. 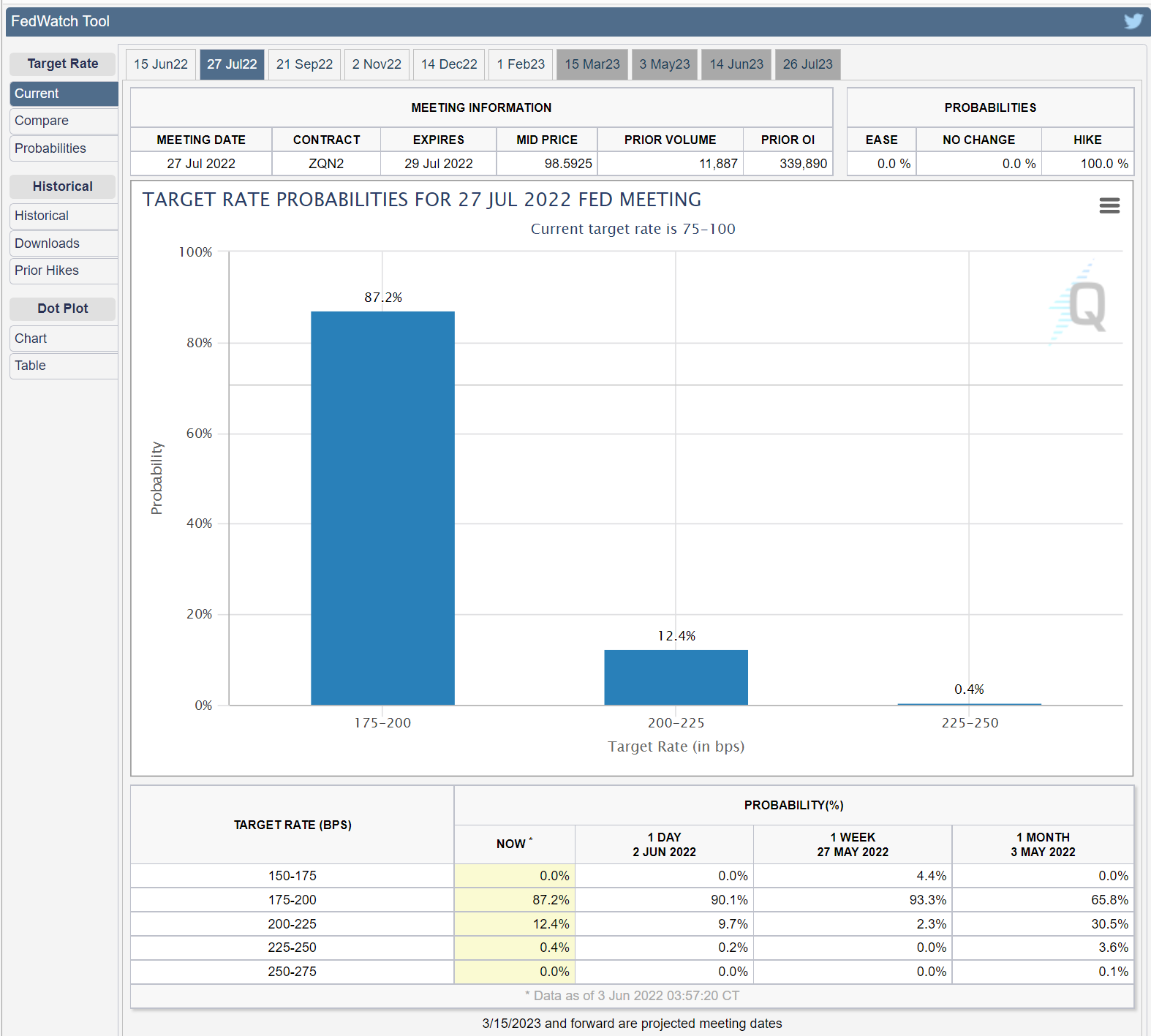 The reports that carry the greatest weight for the forward guidance of the Federal Reserve are the inflation report (PCE core inflation index) and the monthly jobs report. The Fed will most likely continue to implement both rate hikes and quantitative tightening (a reduction of their balance sheet) as long as inflationary pressures continue at the current elevated levels and the monthly job report does not indicate a strong reduction in new jobs added which would indicate that no major economic contraction occurred increasing the likelihood of a soft landing. 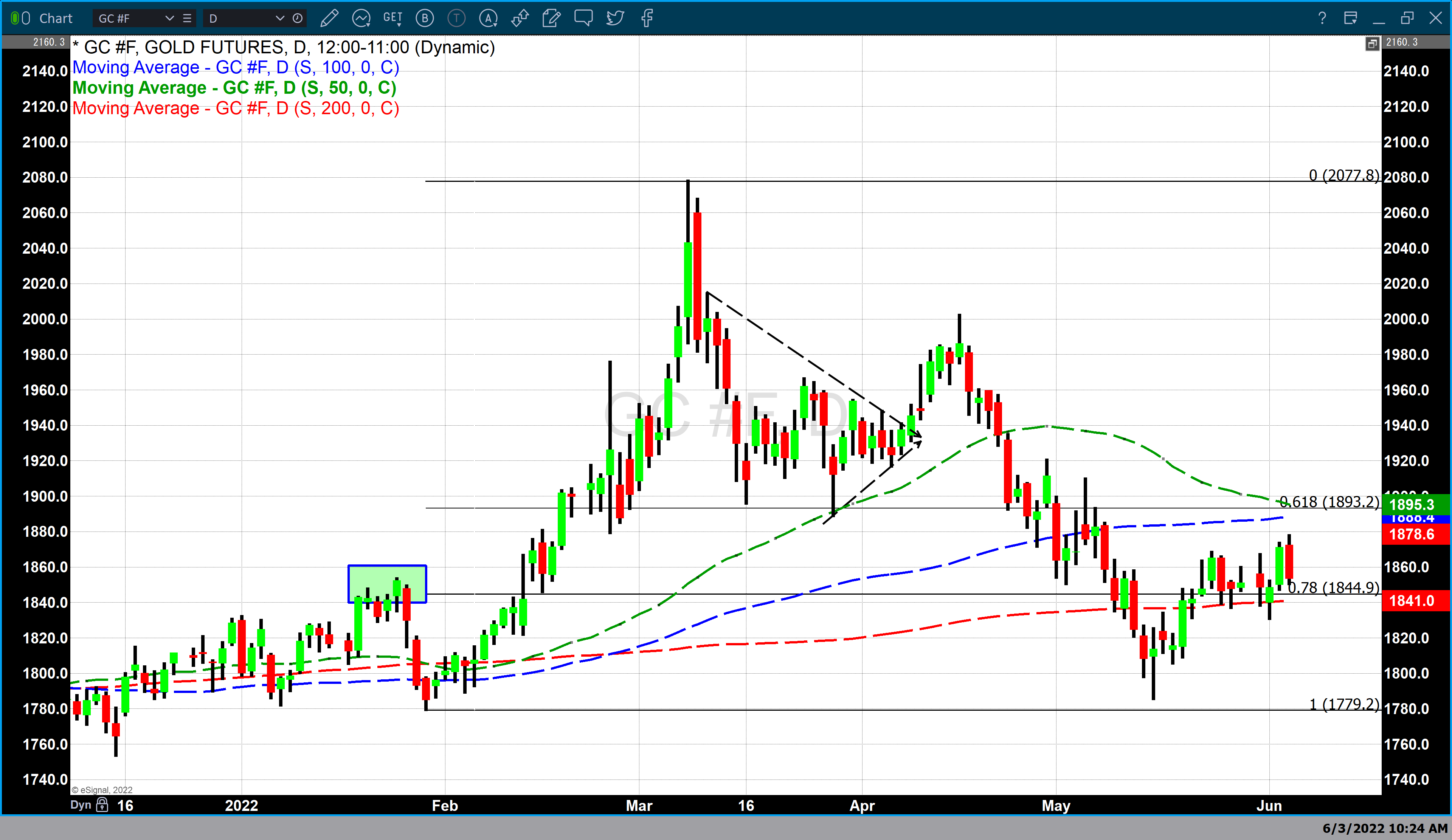 Today’s jobs report resulted in a strong price decline in gold as well as a nominal increase in the value of the dollar. As of 5:15 PM EDT gold futures basis, the most active August 2022 contract is currently fixed at $1853.90 after factoring in today’s decline of almost a full percent (-0.94%) or $17.50. Dollar strength was responsible for roughly 1/3 of today’s decline in gold prices. The dollar gained 0.35%, taking the dollar index to 102.185. 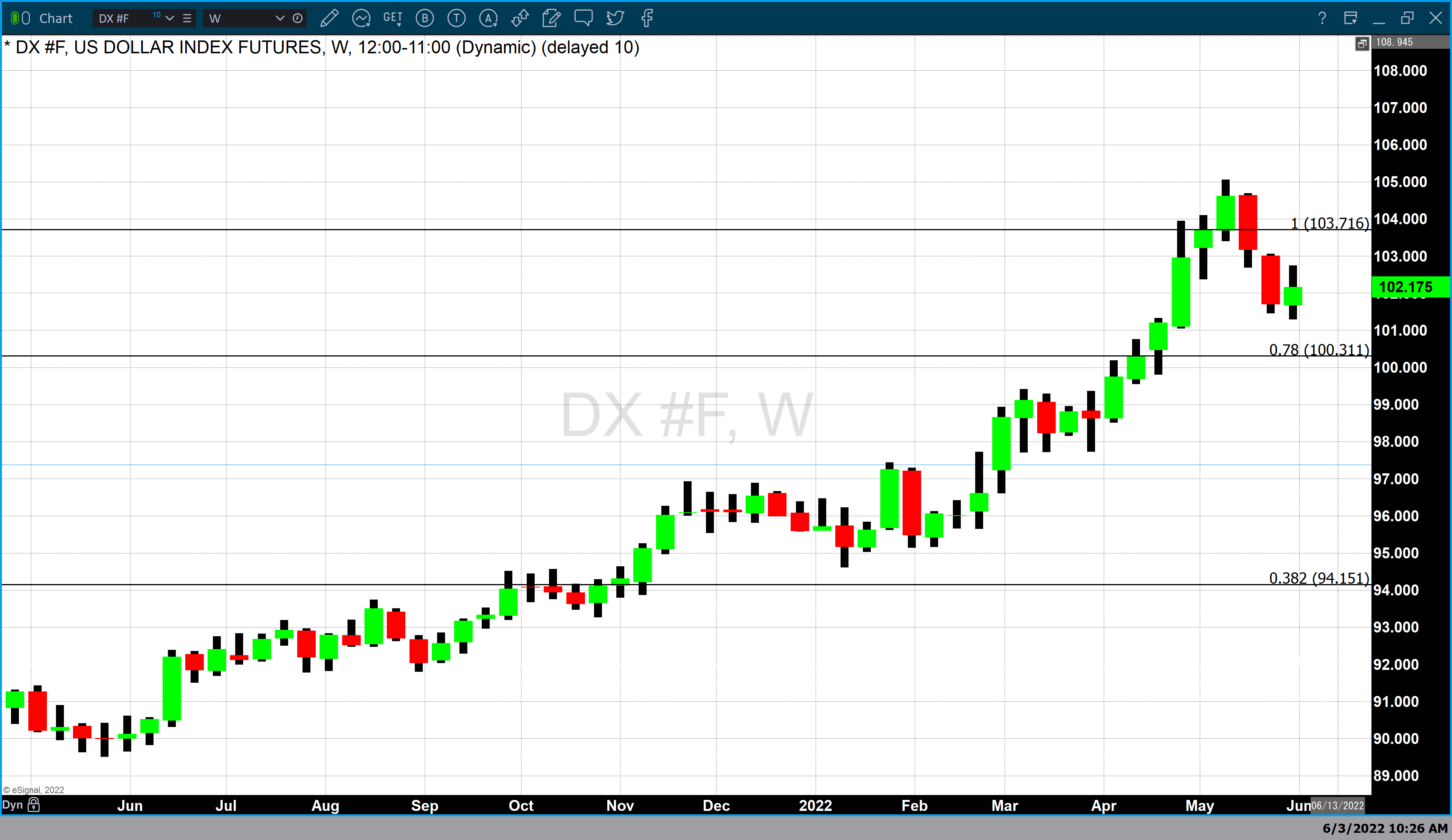 The decline today in both gold and silver as well as the gains in dollar value was the direct result of today’s U.S. nonfarm payroll report coming in above expectations. The better-than-expected report paves the way for the Federal Reserve to continue its current forward guidance, which includes additional interest rate hikes and continued attempts to reduce its balance sheet, which has swelled to nearly $9 trillion to be initiated over the next two FOMC meetings, the next FOMC meeting will begin on the 14th of this month, followed by the July meeting which will begin on the 26th.