Natural gas futures on Friday dropped below $3 for the first time since September 2012, on an intraday basis. December is now on track for the dubious distinction of producing natty’s largest one-month drop since 2008 – currently about a 26% month-to-date (MTD) decline – as producers continue churning out the commodity even while mild weather has resulted in below-normal consumption.

Crude oil, by comparison, has declined about 17% in December (MTD).

Natural gas and crude oil prices have taken turns out-dropping each other over the past 6 months. This simple graph (and accompanying chart) shows how oil and gas have crashed both together and separately for the last 6 months. What do I mean by that? Both have nosedived, but with 5 distinct periods of divergence (highlighted in blue when oil is outperforming, and highlighted in red when gas is outperforming). See for yourself: 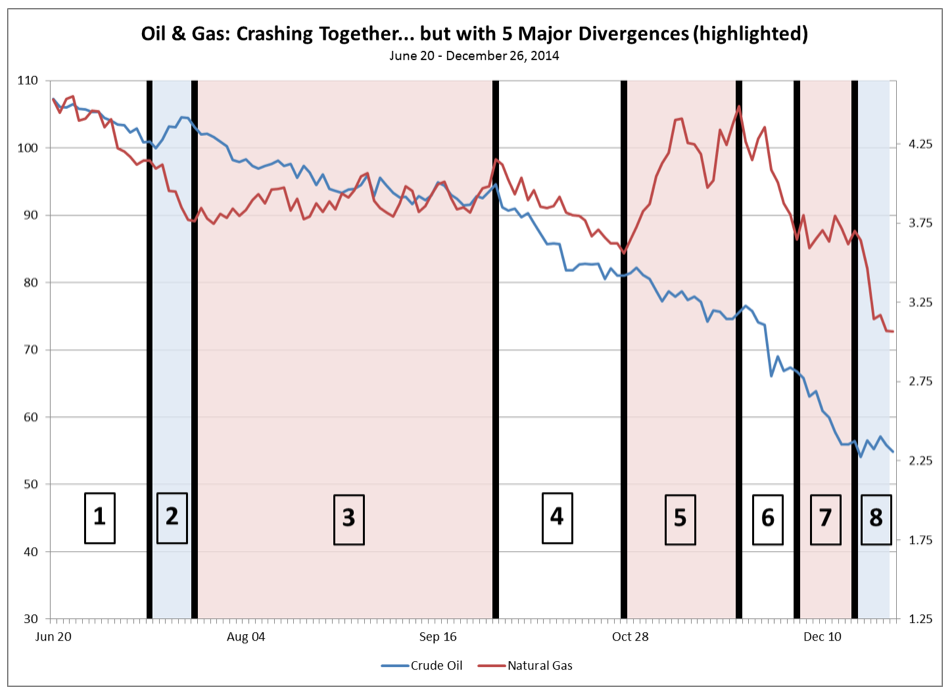 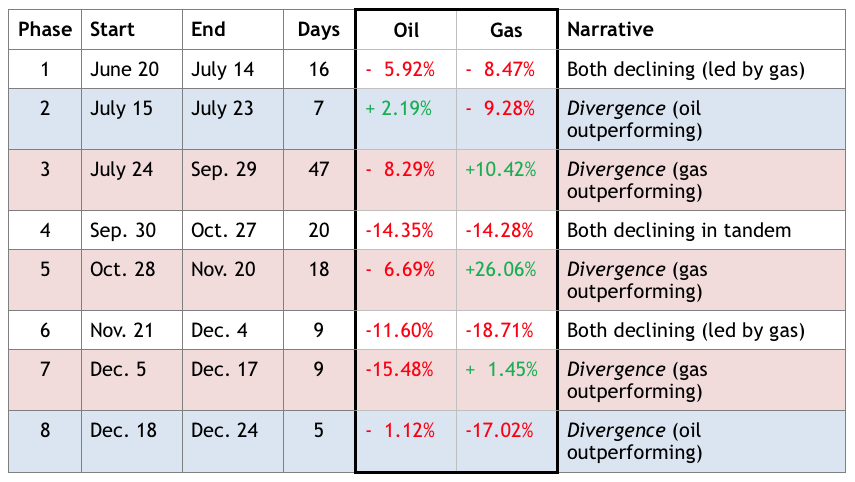 Actually, at its recent peak on Nov. 20th, natural gas prices were only a few pennies below their June 20th level; so effectively all of natty’s 2014 crash has occurred in just over 23 trading days since just before Thanksgiving.

What happened to natural gas from Oct. 28th through Nov. 20th, when it rose about 26%? END_OF_DOCUMENT_TOKEN_TO_BE_REPLACED