The most valuable resource in a mining company is often the people. Good management can attract the right investors and add value regardless of the market. In this interview with The Gold Report, Marin Katusa, founder of Katusa Research, shares his litmus test for which mining companies are worth his hard-won dollars and which ones he is avoiding for the foreseeable future. 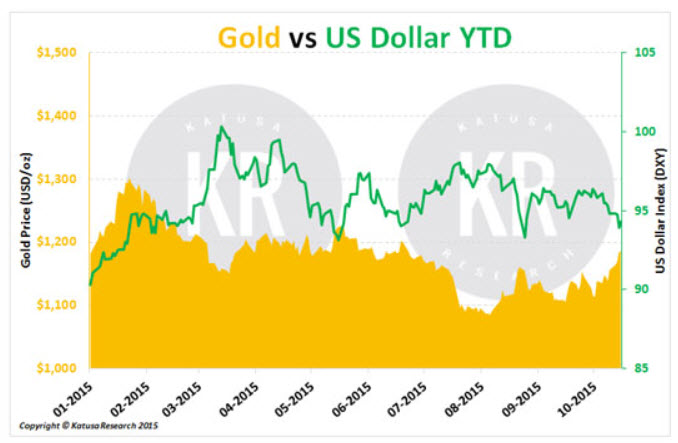 The Gold Report: You seem much more positive about gold right now than when we talked in June. Based on the chart you have on Katusa Research of the U.S. dollar versus gold and in the wake of the Federal Reserve's inaction at its last meeting, what's your thesis for gold for the rest of 2015?

Marin Katusa: As I said in the spring, I don't see the Fed raising rates this year. Using some simple game theory, for the Fed not to raise rates is the best decision. I still believe that. Gold has fared well compared to the price of the U.S. dollar, better than any other hard commodity. Gold is holding its own. The reality is, because the commodity markets are down, very little capital is being invested to replace the production of gold.

In the long run, I'm very bullish on gold. It's something I'm paying very close attention to through my fund. We've started writing checks on assets that I believe are very cheap and well priced in today's currency commodity markets and that I believe a major will want in its portfolio in a few years. Gold is the currency of kings and silver is the currency of gentlemen; it always has been, and always will be. When you see living legends such as Stanley Druckenmiller and well-known successful fund managers plowing hundreds of millions of dollars into gold, it's obvious gold is appealing at these prices.

TGR: Will the power of gold help the majors or the juniors more? END_OF_DOCUMENT_TOKEN_TO_BE_REPLACED